From magic to mythology, the Yew tree has impacted the world well beyond its roots in horticulture. In ancient times the small specimen was revered for its ability to remain green year-round. These days the evergreen is still prized, though more for its landscaping value than its supposed secret powers. Homeowners looking to grow a natural border around their property often select the Yew tree to create a dense green boundary.

Yews have a dense, shrubby appearance and a uniform growth habit with one-inch needles year round and attractive red berries in fall. Only female plants produce the berries, but only if they are pollinated by a male nearby. In the nursery, they are often labeled as to whether they are male or female, so check the label before making a purchase.

It can be found in Perthshire, Scotland, where it maintains the same identifying features as its younger cousins: 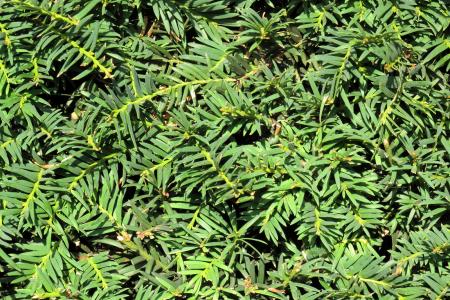 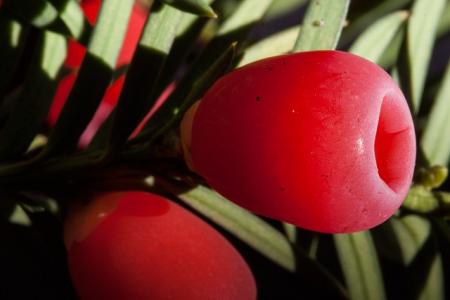 The slow-growing tree ranges in height from one to 50 feet tall, with some rare specimens exceeding 80 feet.

One of the most noteworthy characteristics of the Yew tree is its longevity. Some trees have survived for more than 2,000 years; however, the oldest Yew on record is estimated to be about 5,000 years old.

The Many Looks of a Yew Tree

Where the Yew Grows

Yews grow in sun or shade though they will appear a bit sparse in full shade. Their primary requirement is well-drained soil -- if this is provided, yews tend to be robust, long-lived plants; if not, they will quickly decline and are likely to perish. Yews are quite cold hardy but are difficult to grow in places with extremely hot summers.

The Yew tree thrives in full shade, though it can withstand small amounts of sunshine. In order for the Yew to survive, it should not be exposed to excess water or high winds which can punish the small tree.

Yew trees are often found lining cemeteries and churchyards throughout Great Britain and Ireland. It also prospers in most of Europe, Asia, North Africa, and Iran, as well as parts of North America.

In the United States and Canada, the Yew tree is typically used as a hedge. There are very few tall Yews in North America. Rather, the tree resembles a shrub and is more tolerant of cold weather than its taller counterparts. Regardless of their size, Yews should not be planted in areas where kids or pets play due to the toxicity of its fruit. If you own grazing livestock, you might consider fencing off Yew trees in order to avoid having the animals ingest the poisonous red arils. 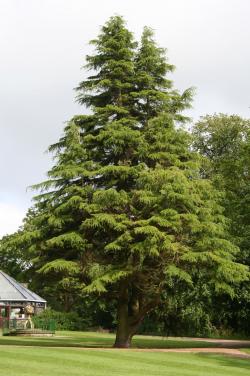 Larger yew trees are excellent specimens to use as a focal point in the landscape while some of the smaller prostrate yews are suitable as a large scale groundcover.

The majority of yews, however, are used for hedges; there is a yew for almost any desired hedge height. They are often sheared into a formal shape and are one of the few evergreen needle-bearing plants that are suitable for hedges in shady conditions. 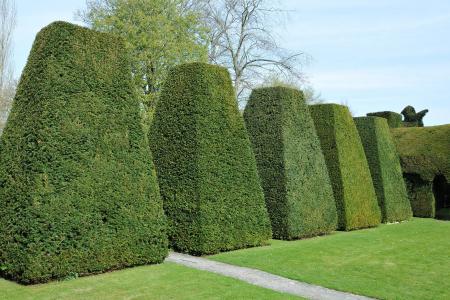 During the Middle Ages, Yew wood was used to craft spears, bows, and darts until the advent of firearms. Since then, the wood has been reserved to make ornate weapons, bowls and tool handles.

The tree also has medicinal value. Prior to advances in modern medicine, flesh from the tree's berries was used to treat heart ailments and problems with the cardiovascular system. More recently, the tree's bark and leaves have been found to contain taxol, which is used to treat cancer patients in an effort to stop cell mutation. 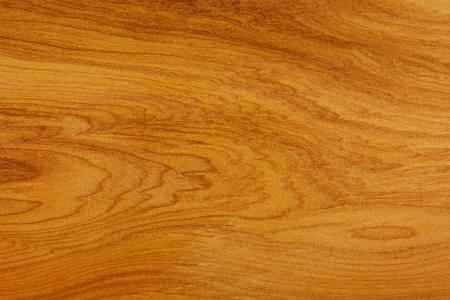 The Yew's mystical symbolism is well documented over the ages. In ancient Europe, the trees were planted to guard cemeteries, as it was widely believed that the Yew had powers to ward off evil spirits and help souls find the afterlife.

Other interesting facts about the Yew tree include: 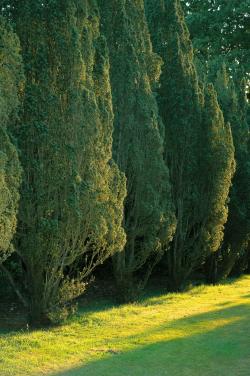 Yews are commonly available in nurseries in the regions where they are well-adapted. They are typically grown from nursery transplants. Some varieties are pyramidal, some are columnar, and some are low and spreading, but they all have the same growing requirements. They are hardy in USDA zones 4 to 7. 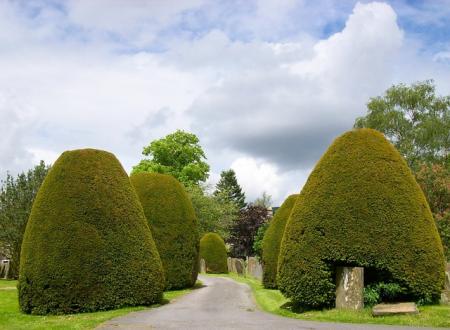 Yews (Taxus spp.) are an evergreen species that can grow to either shrub or tree-like proportions, depending on the variety. They are one of the slowest growing (and longest-lived) ornamental plants, offering a very formal appearance to gardens with their uniform shape and deep green needles. The foliage, seeds, and bark of yews are extremely toxic, so these plants should not be planted where children or pets may be tempted to sample them. 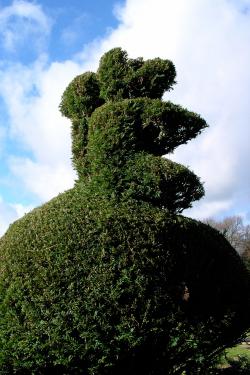 If the growing site does not already have excellent drainage it is important to plant yews on a mound at least six inches above the surrounding grade. They appreciate high quantities of organic matter in the soil, so mixing compost into the growing area helps to ensure a successful planting. Gently loosen the roots before planting and make sure the root crown is planted at or slightly above the soil line.

Yews generally take on an attractive shape with no pruning, yet they respond well to pruning so it is often used to limit their size or to create a hedge with a particular shape. Once the evergreens are placed in the ground as a hedge or shrub border, you can enhance their ornamental value by following these simple tips:

Finally, while Yews respond well to trimming, don't overprune the tree while it is in its infancy as you may interfere with its growth. 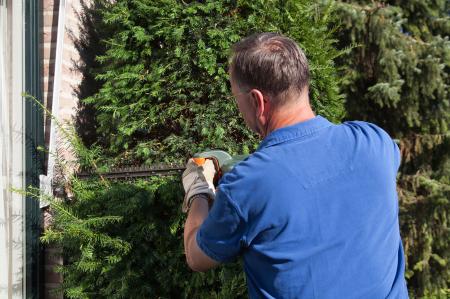 If yews are given the proper growing conditions, pests and disease are rarely a problem. However, it is susceptible to a number of diseases if it's not properly cared for, including:

In addition to these diseases, Yew trees can also sustain damage from cold winds. Excessive exposure to dry, cold winter winds and direct sunlight can cause major damage to the tree. To avoid winter drying, avoid planting Yews on the south or southwest sides of buildings.

Roughly eight different species of Yew trees exist throughout the world. Among the most prevalent are: 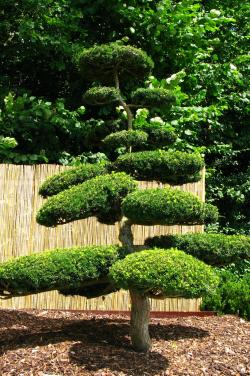 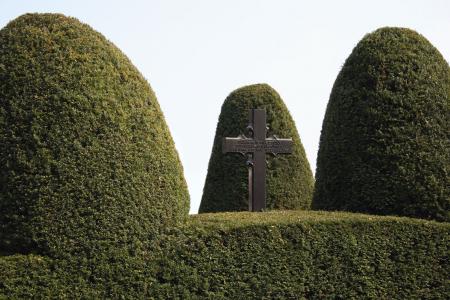 Three other Yew tree types - Florida, Mexican, and Pacific - are so rare they often appear on the list of threatened or endangered trees. In fact, in the early 1970s, the Pacific Yew was removed from the commercial tree market after scientists found the tree's bark contained taxol. Taxol, the compound used to create a powerful cancer-fighting drug, led to the tree to being overharvested in parts of North America. Consequently, a ban was put in place to keep it from becoming extinct.

A Plant for the Future

Planting a yew correctly is an endowment to future generations as they are capable of living for several thousand years! Such longevity adds a special dimension to the hobby of horticulture.