Weeping willow trees, which are native to northern China, are beautiful and fascinating trees whose lush, curved form is instantly recognizable. Found throughout North America, Europe, and Asia, these trees have unique physical characteristics and practical applications as well as a well-established place in culture, literature, and spirituality throughout the world.

The scientific name for the tree, Salix babylonica, is something of a misnomer. Salix means "willow," but babylonica came about as the result of a mistake. Carl Linnaeus, who designed the naming system for living things, believed weeping willows were the same willows found by the rivers of Babylon in the Bible. The trees mentioned in the Psalm, though, were probably poplars. Weeping willow trees get their common name from the way that rain looks like tears when it's dripping off the curved branches.

Weeping willows have a distinctive appearance with their rounded, drooping branches and elongated leaves. Though you would likely recognize one of these trees, you might not know about the tremendous variety among different types of willow species. 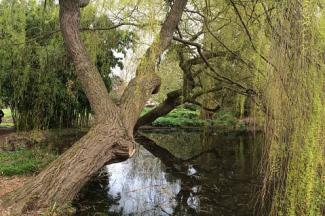 Like any tree species, weeping willows have their own particular needs when it comes to growth and development. With the proper cultivation, they can grow into strong, hardy, beautiful trees. If you're a landscaper or homeowner, you also need to be aware of unique considerations that come with planting these trees on a given piece of property.

Products Made From Willow Wood

Not only are willow trees beautiful, but they can also be used to make various products. People around the world have utilized the bark, branches, and wood to create items that range from furniture to musical instruments to survival tools. Wood from willow trees comes in different types, depending on the kind of tree.

Within the bark and the milky sap of willows is a substance called salicylic acid. People from various times and cultures have discovered and harnessed the efficacious properties of the substance to treat headaches and fever.

You'll find willow trees in a variety of cultural expressions, whether in the arts or in spirituality. Willow trees often appear as symbols of death and loss, but they bring magic and mystery to people's minds, as well. 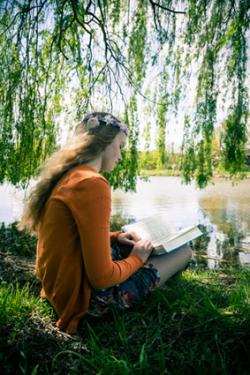 The weeping willow tree is prominently featured in spiritualities and mythologies throughout the world, both ancient and modern. The beauty, dignity, and grace of the tree evokes feelings, emotions, and associations that run the gamut from melancholy to magic to empowerment.

Willows are literally used for art. Sketching charcoal is often made from processed willow bark and trees. Since willows have branches that curve down to the ground and seem to weep, they are often seen as symbolic of death. If you look carefully at paintings and jewelry from the Victorian era, you can sometimes spot a funeral artwork commemorating the death of someone by the illustration of a weeping willow.

Both Practical and Magical

Weeping willow trees are a great gift to humanity because of their delightful combination of practicality and mystery. Their large size and plenteous foliage make them wonderful sheltering trees that are always ready to provide refuge, comfort, and shade. With their beauty and grace, they delight the senses, evoke a sense of wonder, and inspire the heart and spirit.