A royal fern may be the ideal shade plant you need for an exotic addition to your shade garden. This native North American fern is found in bogs and marshy woods. If your property has the right conditions, a royal fern can add a good deal of beauty to your landscape.

The broad bright green fronds of the royal fern feature unique double cut fronds with large leaflets that are rounded with brown tassel center clusters. These plants are nearly maintenance free and don't have any pests you'll need to battle.

Where to Plant Royal Ferns

The royal fern has wet feet, meaning it loves moist soil and even wet bogs, creeks, ponds, and streams. They are a great landscaping choice for a rain garden or a lush, shady garden featuring a pond or stream. 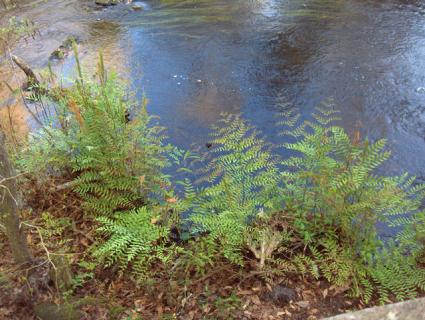 How to Grow Royal Fern

The royal fern is part of the North American Osmundas family. Like most ferns, royal fern prefers shady locations with plenty of moisture.

Where to Plant Royal Ferns

Choose a wet area in your yard, such as a pond or creek. If you have a water garden or better yet, a backyard bog, the royal fern will thrive. The fern will initially grow in clumps.

A few tips for growing and caring for royal ferns can ensure successful plantings. The royal fern is considered a "flowering" fern because of its tassel like brown tips.

There are four North American Osmunda varieties. You can select which one best fits your landscape design.

O. cinnamomea (Cinnamon Fern) is an elegant North American fern that emerges with green fronds in the spring but turns to a bright orange that eventually changes into a brown cinnamon color in the fall. Wooly hairs can be found underneath the pinnae (leaflets) of the blade. 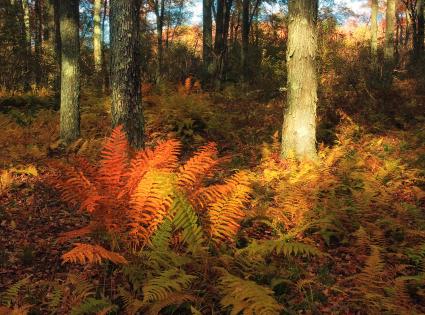 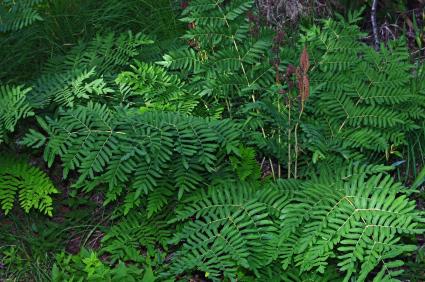 O. claytoniana (Interrupted Fern) is another North American deciduous species. This fern has vivid green fronds that are interrupted by pinnae growing from the center of the fern. This creates a V-formation of the plant often referred to as a vase-shape. The O. claytoniana fronds grow about 2'-3' high. 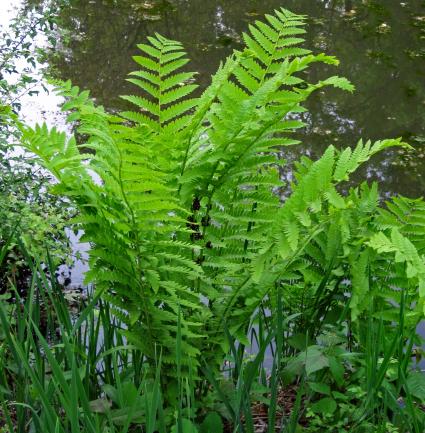 The O. ruggii is a natural hybrid of O. regalis and O. claytoniana. This sterile fern is rare. According to the book, Flora of North America: Volume 2: Pteridophytes and Gymnosperms, edited by Flora of North America Editorial, the first O. ruggii fern reported was located in Connecticut, but hasn't been found and is presumed to have died out. There is one documented in Craig County, Virginia. This fern is said to be over 1,100 years old.

Including Royal Ferns in Your Landscape Design

You can add a few royal ferns in your landscape design. In addition to areas with water, royal ferns are great plants for border areas, underneath tree canopies, and woodlands.