Many American gardeners are growing and harvesting crops of purslane while others view this nutritious plant as little more than an annoying weed. Prized in European, Asian and Mediterranean cultures as a salad food, purslane is so prolific, many people prefer to forage this plant instead of cultivating it.

Growing and Harvesting Purslane in Your Garden

Depending on your hardiness zone, you want to plant purslane just after the last spring frost. The germination period is approximately 10 days and you can begin harvesting your first crop between four to six weeks later.

If you're unsure about the timing of the last frost, you can go by average temperatures. As a general rule, you can safely plant purslane when daytime temperatures average around 70°. Purslane does very well in drought like conditions and thrives in temperatures between 85° and 90°. Summer crops are usually abundant and don't bolt when temperature soar above the 90° mark!

Purslane won't grow well if it doesn't receive ample sunlight. You want to select an area in your garden where the purslane will receive a daily minimum of eight hours of full sunlight. 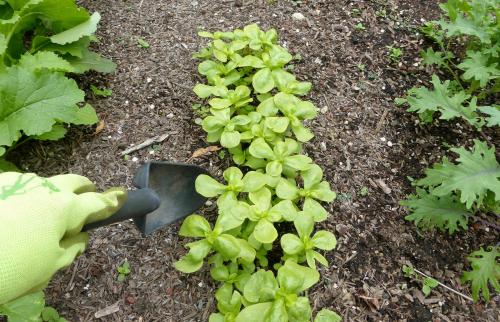 Color and Size of Purslane Seeds

Depending on the variety you choose, the seeds can range from a reddish brown to a black color. The seeds are very tiny oval shapes ranging from 1/32" to 1/64" diameters. You will need a mini seed seeder to ensure you deliver the seeds adequately.

You'll need to space the rows about 8" to 10" apart since the plants will trail outward along the ground. Plant purslane seeds about 1/4" deep and sprinkle fine textured soil over them just enough to cover. Seeds planted too deep won't germinate.

As a succulent, purslane is drought tolerant and even thrives under drought conditions, so you want to make sure not to over water. However, during the first 10 days of germination, you want to keep the ground damp. Be careful not to waterlog the ground.

Once the plants are up, you can continue watering but make sure it's only enough to dampen the soil. Some gardeners claim that once the plants are set, they never water again. This may vary according to specific environments. Don't allow your plants to become stressed due to a lack of water.

While purslane is tough and can thrive even in a bed of gravel, it doesn't tolerate wet feet. If you live in an environment with a high rainfall during the growing season, you may do better growing purslane in a more protected and controlled environment, such as a greenhouse.

Unlike wild purslane, the cultivated purslane seeds produce larger plants. These plants are grown to improve taste and tend to grow more vertical than close to the ground. 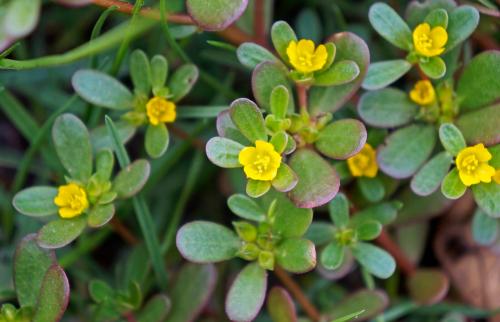 Cultivating Purslane in Your Garden

Once your seeds emerge, you can keep them moist as you will wait until the seed leaves to break through the ground.

How and When to Thin Plants

As soon as the first two leaves (embryonic leaves) are replaced by two to four plant leaves, you can safely thin the plants. As with all gardening, choose only the strongest best sprouts to keep.

You'll want to pinch the tops of the plants once they are about three to four inches high to encourage them to grow out and spread. Depending on your soil, you may add a slow release fertilizer when you first plant. Purslane typically doesn't require fertilizing, especially when using mulch rich organic soil.

You can harvest purslane when the plants are young, since they are tastier than older plants. When the plants are around six to eight weeks old, you'll have plenty to harvest. You can typically get three harvests from one planting by cutting from the main plant. How many harvests is also dictated by how the taste holds against the harvesting. 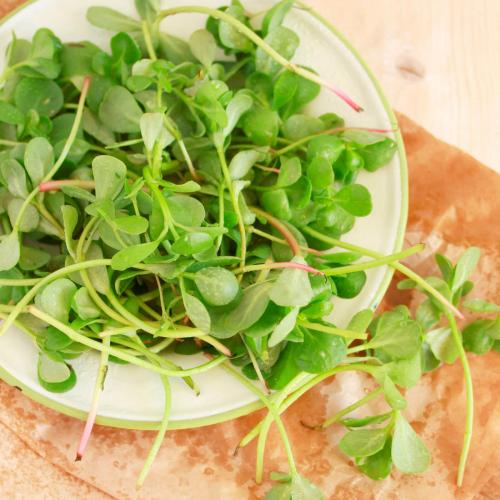 How to Cut Purslane

To harvest, purslane, you want to cut the stems about two inches from the ground. This should encourage the plant to rejuvenate with new shoots.

Purslane offers two tastes depending on the time of day you harvest. Some gardeners swear by morning harvests for a tangier taste. If you don't like the tart flavor, you can wait to harvest your purslane later in the day when the sun is no longer shining directly on the plants.

If you aren't immediately going to eat the harvest purslane, don't wash it and store in an airtight bag in the refrigerator. This plant quickly loses its texture, taste and vibrancy if you don't cool it down after harvest. When you use it, be sure to wash it carefully, blotting it dry with paper towel.

Some people freeze purslane. This requires three to five minutes in a steamer until it is tender. You must then place on a towel or paper towel and squeeze out the water. The purslane can then be vacuum sealed and placed in your freezer to use in soups and other mixtures. It will store for eight to ten months.

Purslane is listed as an invasive weed, although it is also called an herb. It can easily jump containers and raised beds due to wind and birds. If you want to control the growth and distribution, you must harvest the plant before it goes to seed. As soon as seedlings emerge in your garden, flowers and seeds start to form.

Purslane roots very easily from plantings, so be careful when you wish to discard plants. If left on a compost pile, the plants will take root and spread. You can leave a couple of plants in a raised bed to mature and go to seed for next year. According to the University of Illinois Extension, viable purslane seeds have been discovered in the soil after 40 years.

There are several ways you can enjoy eating purslane. The most popular way is to add it to salads or sandwiches. You can cook it with butter for a few minutes until tender. Add it to soups. The taste is often described as similar to spinach, watercress and some varieties have a hint of lemon. You can eat all parts, including stem and seeds. Some people toss the seeds into smoothie drinks. 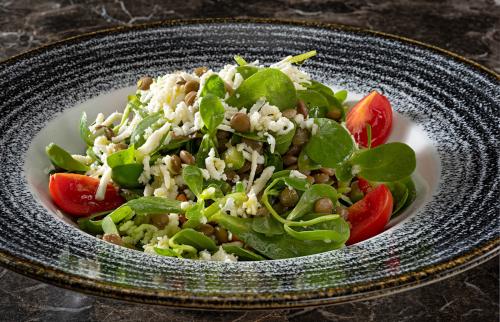 The tartness of morning harvest purslane is due to the strength of the malic acid content. For this reason, many people use this time of harvest to treat arthritic symptoms. Other uses include treating vascular diseases since it thins the blood. It's also used to lower blood pressure, cholesterol and triglycerides.

The National Institutes of Health (NIH) states, "This common weed [purslane] has uncommon nutritional value, making it one of the potentially important foods for the future."

According to the NIH, "Recent research demonstrates that purslane has better nutritional quality than the major cultivated vegetables, with higher beta-carotene, ascorbic acid, and alpha-linolenic acid." Anyone suffering from kidney stones is warned to avoid eating purslane.

If you plan to forage wild purslane, you should make sure you know what it looks like. There is another plant that closely resembles purslane that is poisonous, hairy-stemmed spurge. The stem of the hairy-stemmed spurge produces a milky sap. You can test the plants by breaking off a piece and squeezing the stem. If a milky substance comes out, don't eat the plant. It's poisonous.

Art of Growing and Harvesting Purslane

It's easy to grow and harvest purslane. This versatile plant has many culinary and medicinal uses as well as being highly nutritious.