Lupines (Lupinus spp.) are a group of native North American wildflowers. A number of popular landscaping cultivars are available along with the wild species, all of which are dramatically beautiful in both flower and form.

Lupines in a Nutshell

There are two broad classifications of lupines - those that grow in the arid conditions of the west and those that are adapted to the humid eastern part of the country. The former thrives in dry, rocky soil and is adversely affected by irrigation and fertilizer, while the latter is more at home in typical garden beds that are enriched with compost and watered regularly. For this reason, most of the popular hybrid varieties of lupine seen in nurseries are bred from the latter group. 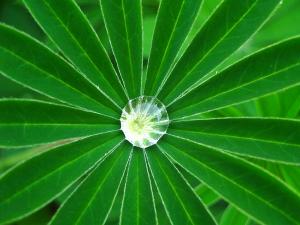 All lupines have palmate leaves, meaning there are many little leaflets that are grouped together at the base, somewhat like the fingers of a hand or a palm frond.

Flowers appear throughout the summer on thin conical spikes above the foliage; purple is the color most often associated with lupine, though white, pink, yellow, magenta, blue and other shades are available.

There are a few wild species with particular interest to gardeners. 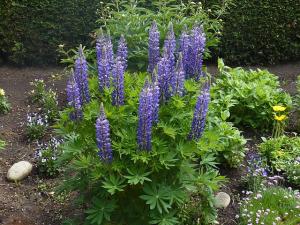 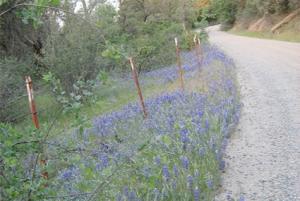 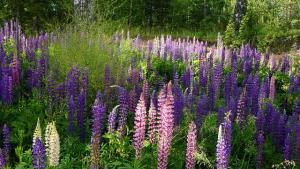 Growing requirements vary based on the type of lupine being grown, but all varieties are useful in wildflower meadows, cottage gardens, and perennial borders. All lupines need full sun to thrive and flower abundantly.

Native lupines thrive with little to no care in native (unenriched) soil in the regions they originate in. The herbaceous varieties should be cut to the ground after the first hard frost, while the shrubby evergreen species can be trimmed back about 25 percent each year after they flower.

The annual species should be left to go to seed at the end of the year; their foliage will wither and disappear on its own by spring. Native lupines are only suitable for planting in the region they come from, where they are typically available in local nurseries, especially those that specialize in native plants.

The hybrid cultivars listed below are much more finicky than the wild species. They prefer cool weather, rich soil, perfect drainage and regular irrigation. They are very difficult to grow in hot or arid places; the northern half of the country provides the best environment for these lupines.

Transplants are often available, but the roots are very fragile so many gardeners elect to grow them from seed directly in the bed where they are too grow. Lupine seed germinates readily, though soaking it in water overnight before planting will speed up the process. Seed of lupines hybrids is commonly available from seed companies like Swallowtail Garden Seeds.

Plant the seed or potted specimens in beds of rich, loose soil. Allow the top few inches of soil to dry between waterings, but do not allow it dry out completely. Try to water at ground level and avoid getting the leaves wet, as this tends to spread disease.

The lupine hybrids listed below have the largest, most stunning flowers but require ideal growing conditions to succeed. 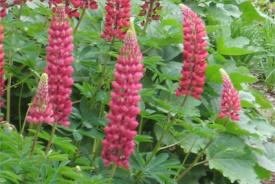