Soaring to heights that exceed 120 feet, the Larch tree is no slouch in the world of deciduous conifers. The stunning cone-bearing plant is not commonly found in the United States; rather, the hardy tree prospers in cold European climates. Still, if you are determined to add the towering tree to your property, there are ways to propagate the Larch without compromising your entire yard.

A Brief Look at Larches

Larch trees (Larix spp.), also known as tamaracks, are needle-bearing conifers with an unusual trait: unlike pines, spruces, firs, and other coniferous relatives, larches are deciduous. They are adapted to cold, northerly and mountainous regions, where they are valued for their soft foliage, uniform growth habit, and brilliant golden foliage in the fall.

Several species of larch are grown for landscaping purposes, but they are all quite similar in appearance and growing requirements -- overall size is the main difference among them. Larch is hardy in USDA zones 2 to 6.

Given their massive size, Larch trees are hard to miss, even in their native home along the Bavarian Alps. The fast-growing mountainous trees thrive in higher altitudes where their canopies can extend without limitations.

Aside from their size, the Larch tree has a number of other distinguishing traits, including: 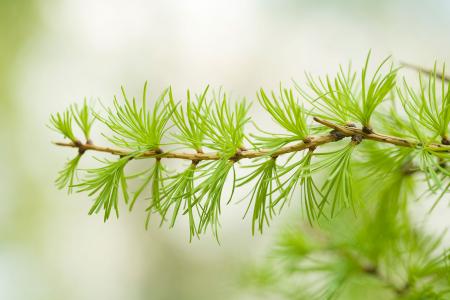 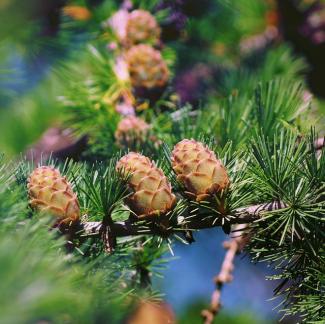 While the Larch tree is an awe-inspiring specimen to view in the spring and summer, during the winter months, when the tree is stripped of its needles, flowers and fruit, it takes on a gaunt, lifeless look that is not very attractive.

The Many Looks of a Larch Tree

Like most conifers, larches need full sun, but they are one of the few that prefer to grow in wet soil. The soil must also be acidic and rich in organic matter, mimicking the boggy locations where these trees are found in the wild. The Larch tree is at home in very cold temperatures found in extreme northern latitudes. The trees are especially prosperous in:

The tree is most content in mountainous regions where it can withstand a variety of weather conditions. The Larch is protected by a thick bark, which is particularly impermeable. The wood of the Larch tree is so hard it can resist most forest fires. 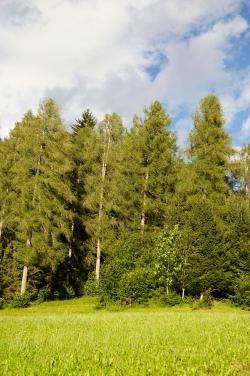 There are more than a dozen different types of Larch trees on the planet; however, most fall into one of the following three families: 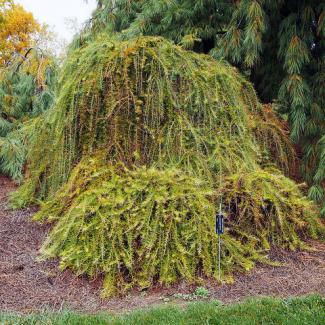 The Larch tree is especially valued for its extremely hard wood. The tree's timber is tough, waterproof and knot-free. Consequently, it is a top pick to construct: 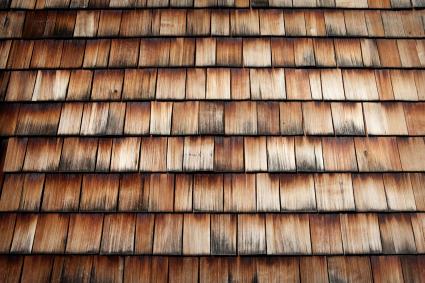 Centuries ago Larch flowers were heated and used in herbal medicines. In addition, smaller versions of the trees are used for ornamental purposes, especially in bonsai culture where they are over pruned so their edgy bark and small needles can be appreciated on a smaller scale.

The Larch tree has an international appeal that dates back centuries. For example, in Central and Northeastern Asia, the tree holds special significance to women struggling with fertility issues. Childless women believe that spending the night under a Larch will help them conceive a baby

In Europe, the Larch is cherished as a decorative tree as well as one that is incredibly functional. In fact, the city of Venice, Italy, is built almost exclusively of Larch wood. Meanwhile, in England, the Society of Arts used to present gold medals for superior Larch tree cultivation and essays written about its economic importance.

Planting and Caring for Larches

Plant larches from established nursery-grown trees, which are widely available in the regions where they are suitable for growing. They are useful as single specimens in rock garden environments, Asian-themed landscapes, and woodland gardens. They are also useful as a tall hedgerow.

Dig a hole to the depth of the root ball and two or three times as wide. Gently loosen the roots before placing the tree in the hole. Mix compost into the soil as it goes back into the hole and spread a thick layer of mulch over the planting area. Pine or fir needles or shredded bark makes a suitable mulch. 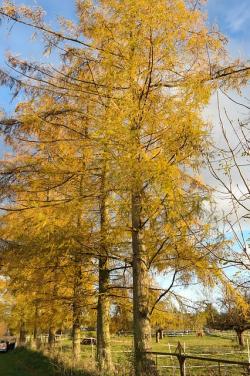 Caring for the Larch Tree

Larches need little care other than ensuring the soil remains constantly moist. The top of the tree should never be pruned, but the lower limbs can be removed as the tree grows up to let light in below and expose the trunk.

To keep your Larch strong and healthy, select a spot on your property where the tree has ample room to expand. Once you have found an open space, consider the following tips:

While Larch trees fare well in cold weather, they are vulnerable to wind damage. Consequently, you should protect young trees with burlap screens that allow air and light in, but will block harsh winds. 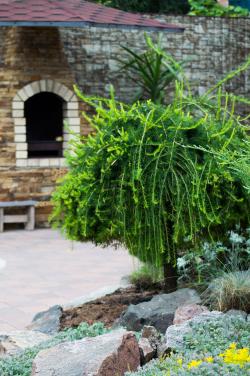 The trees are prone to a number of pests and diseases ranging from aphids to fungal rusts to caterpillars to sawflies. It is generally impractical for homeowners to treat larch pests directly, due to the size of the tree and the difficulty of determining the culprit. The best approach is prevention -- only plant larches if you truly have the right conditions. However, you can call a professional arborist if a larch tree appears to be under attack. Fungal diseases commonly prey on the Larch. Among the most prevalent are:

In addition to the aforementioned diseases, Larch trees are also susceptible to leaf-mining caterpillars, which eventually changes into moths and feed on the tree's needles until the foliage is completely ravaged. 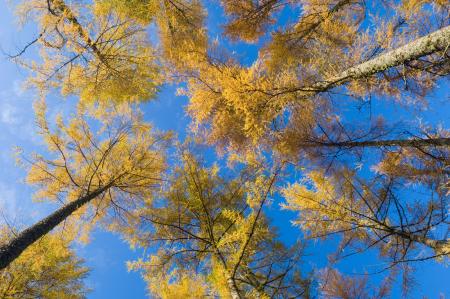 For the Love of Larches

Because of their unusual nature, larches are treasured horticultural specimens. They have a soft, spritely appearance during the growing season capped off with an explosion of fall foliage that rivals any deciduous tree.