Zone 7 is one of 13 hardiness zones in the United States. Like all hardiness zones, zone 7 is divided into two subsets (7a and 7b). You should use the zone designation to select plants suited for the climate in a particular area.

Each subzone is separated by 5°F. That means for zone 7:

Of course, the temperatures don't always stay within this range. Much colder temperatures can occur. The hardiness zones pivot around these minimum average degrees.

No state has just one zone. There are multiple hardiness zones within most states due to topography differences and climate conditions. For example, in North Carolina, the mountain region is 7a while the Piedmont region is 7b. The state's coastal region has both 8a and 8b areas.

There are zone 7 areas in 28 states. These include:

If you're an avid gardener, you may have notice some changes in the hardiness zone map update published by the USDA (United States Department of Agriculture) in 2012. The new map shows a 5° F half-zone increase over the 1990 map. This change could simply reflect warming throughout the U.S. Alternately, Garden suggests this may be explained by sophisticated technology that allows for better weather mapping and data taken from more weather stations.

Plants that Thrive in Zone 7

There are many vegetables, flowers, trees and other plants that you can grow in zone 7. The summer vegetable crop varieties often seem endless.

Note: Most local nurseries and big box stores sell only plants suitable to the local zone.

The hardiness zone guide can help you decide which plants to grow in your region. A few helpful tips about growing in this zone include: 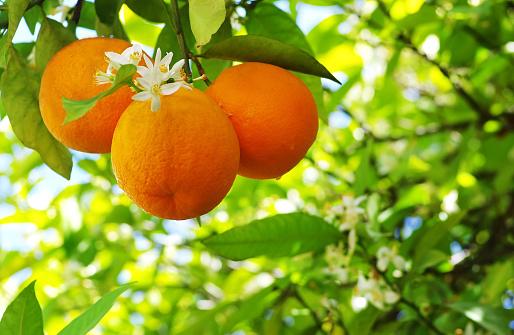 A common misperception is that it's not possible to grow citrus trees in this zone. However, there are several varieties that are zone 7 and even zone 8 hardy.

McKenzie Farms and Nursery specializes in producing cold hardy citrus as well as palms and eucalyptus trees. The company only ships inside the U.S. and aren't able to ship to Arizona, California, Florida or Texas.

Zone 7, like other zones, has specific first and last timeframes. However, these aren't set in stone and sometimes are off the mark. Frost dates for zone 7 last and first frosts for the year are typically:

You can always download a current frost date app. Just enter your zip code to get a more accurate time-frame.

The way to use the zone designation is to aid you in growing plant life that can survive the winter in your region. The zone guide can't account for occurrences like microclimates, droughts, soil conditions, soil fertility, rainfall and unusual weather patterns. These things are very important to your growing progress. You can find this information in Sunset's The New Western Garden Book.

Zone 7 offers a long growing season that gives plenty of opportunity to enjoy a wide variety of flowers, trees, shrubs and vegetables. By knowing what plants can tolerate winter conditions in your zone, you can save quite a bit of time and money.