Elms are large, stately deciduous trees, once the most commonly planted shade trees in the country. However, Dutch elm disease has killed millions of them in the last 75 years, making it important to stick to disease resistant cultivars if you're considering planting an elm tree today.

Elm Trees in a Nutshell 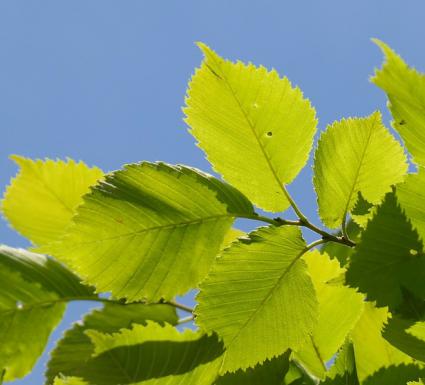 There are dozens of elm species native to the temperate climates of the world, but the North American and European species that were planted along the streets of most American cities are known for their fast growth rate, adaptability to smoggy urban conditions and overall graceful appearance and ease of cultivation.

Most species reach 75 feet or more in height, developing an upright umbrella-like form with age. Elms have bright yellow foliage in fall, but otherwise there is nothing particularly dramatic or showy about elms - they were popular primarily because of their all-around toughness and well-kept appearance. Their serrated, oval-shaped leaves resemble those of many other trees, but elms can be distinguished by the asymmetrical way the left and right lobes of the leaf meet the stem. 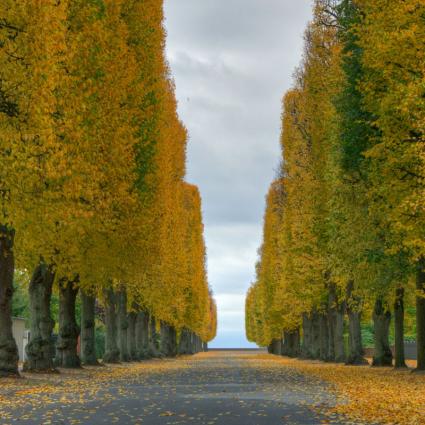 The main use for elms is as shade trees. Ideally, they should be planted at least 50 feet from the home, as they are susceptible to losing branches in heavy winds. They can, however, be planted closer to patios and pathways than most large trees because the roots do not damage paving as extensively as other species. They are tolerant of sprinkler irrigation, as well, making them a good choice for planting out in the lawn - another situation where many large shade trees are counter-indicated.

Elms are bottomland trees, meaning they thrive in rich, moist soil, but in practice they grow well in almost any soil type, sand or clay. Spring or fall is the best time plant an elm. Dig a hole about twice the size of the root ball and be sure to loosen any constricted, circling roots when planting. Make sure the top of the root ball is even with or slightly above the surrounding grade and back fill soil into the hole.

Weekly water is important during the first two to three years of establishment, but the trees become increasingly drought-resistant with age. Maintaining a deep layer (three to four inches) of mulch over the roots zone is one of the best things you can do to keep a young elm happy. 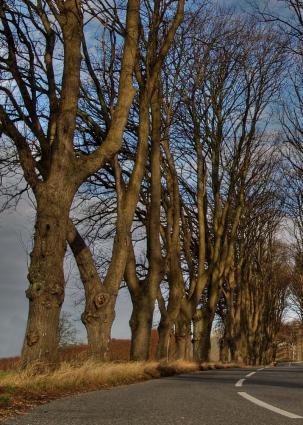 A fungus from Asia causes this lethal disease, which was introduced to North America decades ago and continues to spread out of control. Elms in almost every state were infected and unfortunately, there is no cure. Initial symptoms include die-back on the outer branches, which quickly consumes the tree, resulting in death in one to three years.

The disease is transmitted by a small beetle that bores into the bark, spreading it from one to tree to another. There are initiatives in many localities to prevent the spread of the disease by immediately cutting down trees that show signs of infection and burning the wood. It is illegal to transport elm firewood because of the risk of spreading the disease. If you use elm firewood from a diseased tree cut down on your own property, be sure to remove and burn the bark first as it is the primary habitat of the beetles that spread the disease.

Consider some of these types of elms for your yard and learn the best varieties for planting in areas where Dutch elm disease is common. 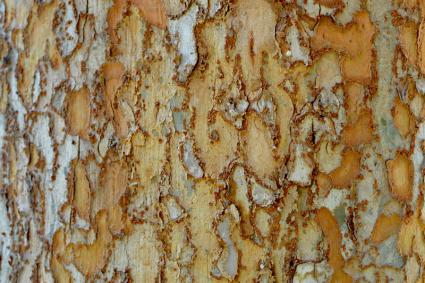 Several hybrids between American, European, and Asian elms were made in recent years to develop elm trees that with best characteristics of each, including resistance to Dutch elm disease. Valley Forge, New Harmony and Princeton are some of the most promising disease resistant varieties developed to date, though it takes many decades to assess the true disease resistance of such long-lived plants.

Elms were once so common as street trees they are almost part of the country's civic identity. Unfortunately, disease has toppled them from this role for the time being, but thanks to the ongoing research of plant physiologists, they seem likely to make a slow, steady comeback.