Underground rodents are the bane of many gardener's existence. In one afternoon, a few gophers, voles or moles can easily ruin weeks of hard work in the garden and are notoriously difficult to stop.

How to Get Rid of Moles, Voles, and Gophers in the Yard

You'll use the same gardening techniques and methods when you tackle getting rid of moles, voles and gophers in the yard. The first thing you need to do is identify which critter is causing the problems. Other than visual observation of the creature, you can determine the infestation by examining the ground.

The visible sign of a gopher is a sudden fresh mound of dirt in your garden or yard. A fresh mound is a horseshoe shape with no opening. Older mounds sink into a round or elliptical shape. 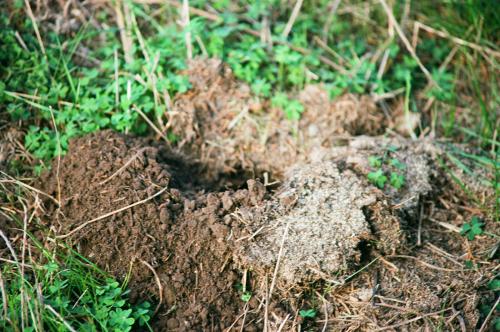 A vole pest problem can be seen in your garden or yard as snaking tunnels. These are close to the surface shallow tunnels that are no more than a couple of inches wide. 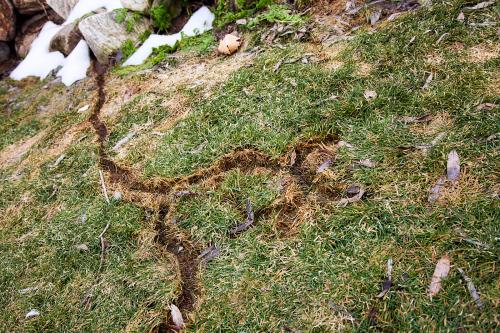 Moles also make tunnels, but theirs are much deeper. They leave little mounds of dirt behind that look like mini volcanoes. You can often see surface ridges running through your garden or yard. Many of these tunnels travel 10" deep and nesting tunnels can be much deeper. 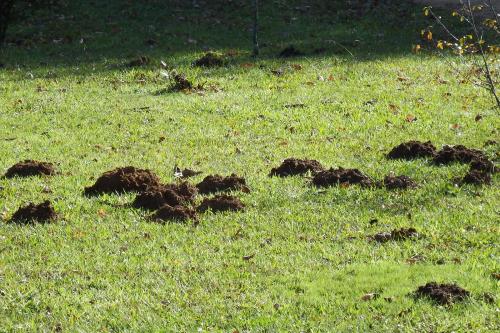 Steps to Get Rid of a Gopher Problem

Gophers are considered long dwellers, but according to UCIPM (University of California Integrated Pest Management Program), as many as 60 gophers can live under a one-acre vineyard or alfalfa field. If you decide it's time to solve your garden or yard gopher issue, you can choose from are specific gopher controls, such as repellents, baskets, chicken wire, or traps. 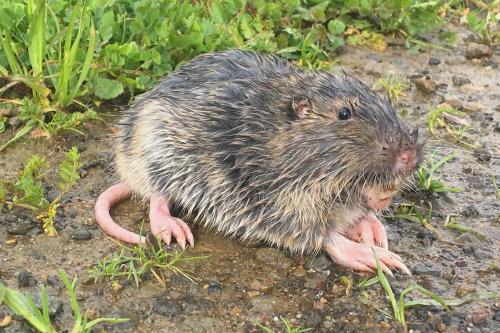 The first method many gardeners try in an effort not to kill their gopher pests is to use a repellent. This comes in several forms with varying degrees of success. There is little scientific evidence to support their efficacy, with the exception of castor oil-based products.

According to the University of California's Integrated Pest Management Program, castor oil has been shown to work effectively on moles in the eastern states. Of course, repellents mean the gophers are driven to another part of the yard or to a neighbor's yard, which doesn't completely solve the gopher problem. 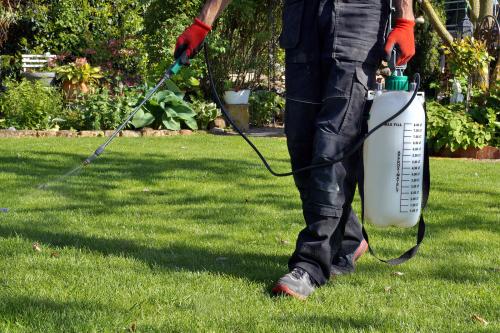 Castor oil pellets are available at most feed or hardware stores. Wear gloves, even if using a product that comes in its own shaker bag. You will spread the pellets around your garden or yard.

It's believed that gophers despise the smell of peppermint. Some gardeners plant peppermint to repel gophers or use peppermint essential oil. Essential oils are highly potent and can cause skin irritation, so be sure to wear gloves when using this method.

You can place dryer fabric softener sheets in gopher holes. The sheets can be placed just inside the holes. Keep in mind that burrowing animals can always create new escape tunnels to avoid these scented sheets of fabric softener so you may need to continue adding sheets. Due to the chemicals in dryer sheets don't place these in a vegetable garden. 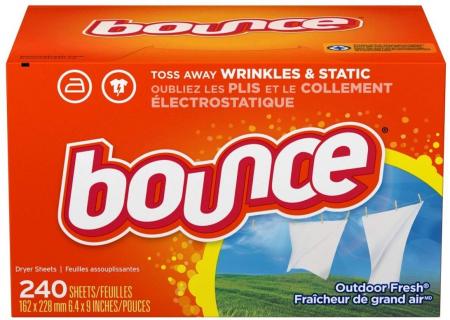 Trapping is not for everyone, as it involves killing the animals and disposing of the bodies. Creating an underground barrier is the most popular alternative. It is easiest to do this during the installation of new landscaping, rather than retro-fitting existing plantings. Chicken wire is often used, but is less effective than wires made specifically for gopher control.

Gopher baskets come in all shapes and sizes. You will dig a hole to bury the basket and fill with dirt and your plants, bulbs or vegetable seeds. The wire baskets usually last for five to ten years. The wire is similar to chicken wire and prevents gophers from having access to your plants or bulbs. Pre-fabricated baskets are commercially available.

Hardware cloth with a 1/2-inch mesh is suitable for gopher control. This wire can only be cut with wire cutters. 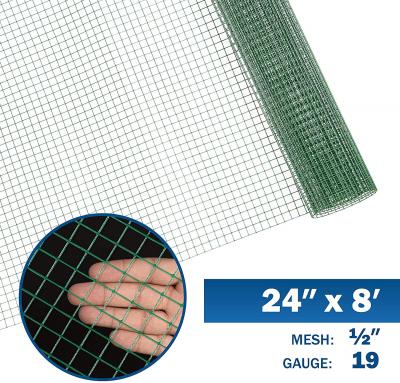 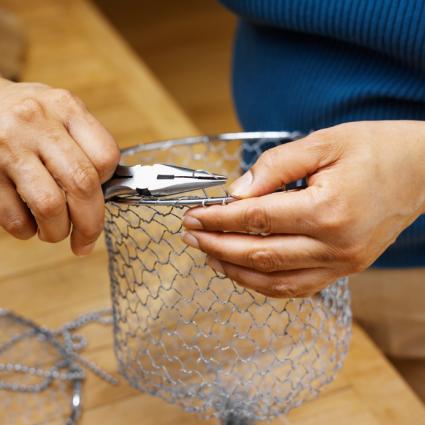 Make Your Own Gopher Baskets

You may create your own gopher baskets to fit your plantings. This may prove more cost effective and give you a wider choice of sizes and shapes.

Trapping is generally considered the most effective gopher control method. The key is to place the trap in a gopher tunnel that is currently in use, which is indicated by a fresh mound of dirt.

There are several types of lethal Gopher traps available. The famous Macabee gopher trap has earned a nearly cult-like reputation among farmers and gardener for its effectiveness. It's a bit tricky to set, however, but The Garden Counselor provides a very detailed step-by-step guide for first-timers and advises them to bait the trap with tomato leaves. 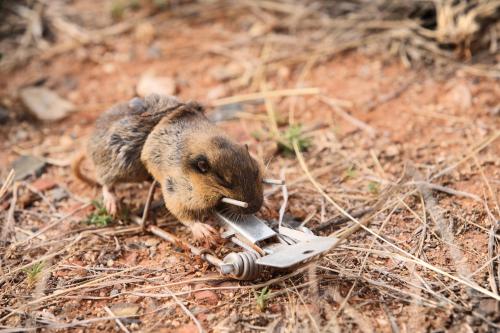 Gopher poison typically consists of strychnine-laced grain. Moles typically eat bugs and grubs and require a different type of poison to be effective. Look for the products labeled for the animal in question.

Steps to Get Rid of a Mole Problem

Moles are less harmful than gophers and voles, but can create problems in your garden and yard when left unchecked. Moles are loners. You can take steps to prevent other moles from moving in. Just like the repellents used for gopher control, you can use repellents for moles. You can use physical barriers, noise, plants, or castor oil to repel moles. 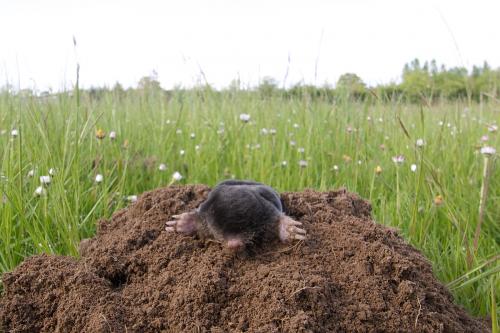 You can make a castor oil repellent to spray in your garden or yard. You will first create a castor oil and liquid dish washing soap mixture that will need to be diluted. Ingredients include:

Moles find noise disruptive and will run in the opposite direction. You can create whatever kind of noise you wish. You may decide to play music or run a piece of machinery on a regular basis to make the area unpleasant for moles. 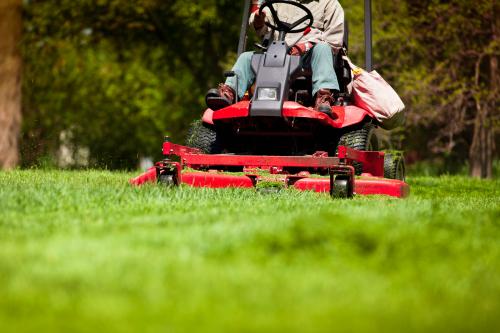 There are a few plants that moles don't like to be around. These plants include, castor bean plants, narcissus (daffodil family) and crown imperial (Fritillaria imperialis of the lily family). Plant these around your garden and/or yard to repel moles.

There are a few scents you can use in your garden or yard that moles detest. There are three very strong scents moles despise. You can spread coffee grounds around the areas where moles have set up camp, especially in a tunnel or tunnel opening. Moles dislike fish smells. You can mix fish emulsion (natural fertilizer) in your garden sprayer and spray the ground and plants every week or two.

Create a Physical Barrier to Moles

You can bury hardware cloth two - three feet deep. The lower 8 inches of the barrier should angle up at a 90° angle to guide moles away from your vegetables or shrubbery/flowers. You need to leave about five to six inches of the cloth exposed above the ground. This will prevent moles from accessing the area from the ground surface.

Get Rid of Mole Food Supply

Some states have outlawed lethal mole traps. You should check to see what types of mole traps are allowed where you live. Home Depot sells the Out-of-Sight mole trap; it is a scissor-jaw trap, which is placed in a tunnel and is triggered by the mole as they scurry through. Be sure to follow the manufacturer's instructions for use. 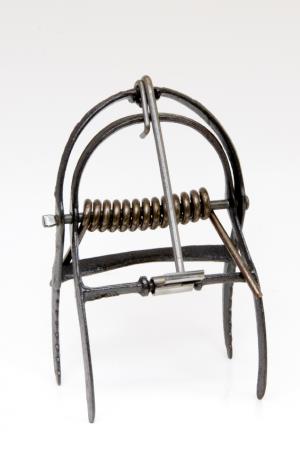 Steps to Get Rid of a Vole Problem

Some of the the suggested ways to get rid of gophers and moles will also work for voles, such as castor oil and hardware cloth. There are a few other methods and repellents that will help with a vole infestation problem since voles live in groups. 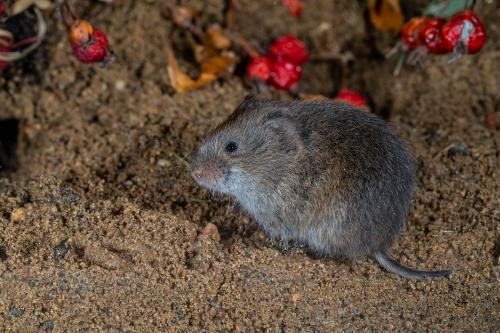 Get Rid of Brush Piles

Voles eat vegetation, so any brush pile is a buffet meal for voles. If you have fruit trees, fallen fruit on the ground is an open invitation to a vole invasion.

Urine As a Repellent

One of the repellents often used to get rid of voles is to spread predator urine in the tunnels and around the openings. You can purchase urine from a fox or coyote. Human urine also said to work as a vole repellent.

Voles don't like noise. Some people swear by ultrasonic vibration devices that are placed in the ground. You can also try machinery or music to drive voles away.

Voles are repelled by the scent of pet excrement. This could be a dog or cat, since both are vole predators. You'd need to place in the voles tunnel or opening.

You can make your own vole repellent using the above recipe for a castor oil repellent for moles. Some gardeners add other repelling ingredients, such as garlic and cayenne pepper.

As with gophers or moles, you can fence in your garden area with hardware cloth to prevent voles from munching on your plants and root crops. Bury the cloth at least 10 inches deep. You can also leave the cloth exposed above the gardening area for an effective physical barrier.

Cats, owls and dogs are natural predators of voles and will keep the population down. If you have a yard dog or an outside cat, your battle with voles will be won by these champions. If you have trees around your garden or yard, you can install owl nesting boxes and let nature take its course. 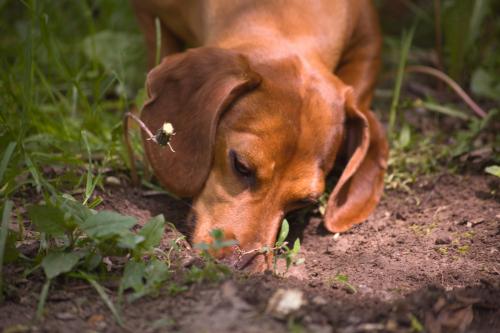 Many gardeners turn to traps to control vole populations. However, in some states it's illegal to relocate trapped voles, so check before attempting to relocate a trapped vole.

Finding the Right Gopher, Vole, and Mole Control in the Garden

It's very difficult to achieve complete eradication of gophers, voles or moles by just one method, especially since new animals can always arrive from off-site. The good news is that all rodent populations follow cyclical boom and bust cycles. Within a few years, the majority of these worrisome critters will disappear on their own accord.

1
Comments
© 2006-2021 LoveToKnow, Corp., except where otherwise noted. All Rights Reserved.
Gopher, Vole, and Mole Control in the Garden