There are many tried-and-true methods that prevent weeds from growing in your garden. Combine more than one of these methods to help ensure success with cultivating a weed-free or nearly weed-free garden.

Space rows far enough apart so you can use a tiller between the rows. By keeping the soil loose, weeds will have a difficult setting root. As the rows of crops or vegetables grow, the foliage will prevent weeds from growing around the plants since the ground will be shaded.

Some gardeners advise against tilling the soil at all - ever. This is because doing so can displace deeply buried perennial weed seeds and lead to even more weeds than normal. The principle behind this method is that tilling the soil literally stirs up the weed seeds so that they are basically activated when they hit the air. If you don't till at all, the majority of perennial weed seeds will remain dormant. Therefore, you'll have fewer weeds to pull.

3. Use Density and Companion Planting

One of the best ways to prevent weeds in a raised bed is to sow seeds using square foot gardening principles for density and companion plantings. When you place one or more plants per square foot, according to companion planting practices, the closeness of the plants crowds out weeds and the foliage blocks the sun, so weeds can't grow between the plants.

You can use the principles of density and companion planting in a field garden where you plant in rows. Instead of planting a twenty-foot row of bush beans, plant the three sisters - corn, pole beans and squash. (Native Americans are credited with teaching settlers to plant the three sisters together.) You'll plant several rows together, the same as you would for pollinating corn. However, you'll be adding pole beans and squash to the growing space.

Mulching plants helps the soil retain moisture and serves as a weed barrier. You'll want to use at least four to five inches of mulch to ensure a good barrier to prevent weeds from taking root in your garden. 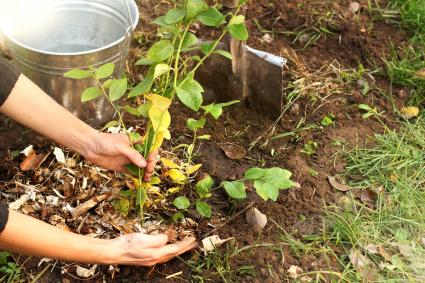 6. Use Newspaper to Create Some of Your Mulch

If you have access to newspapers, you can reuse these as mulch. Most newspapers are printed using a harmless soy-based ink. Since the late 1970s to mid-1980s, Mother Earth News has shared with organic growers how to use old newspapers for mulch and weed barriers. It's a great way to recycle newspapers while creating a formidable great weed barrier and biodegradable mulch.

During the overwintering of your garden beds or fields, consider planting cover crops. This can greatly lessen weed production in the spring and summer months. You can also plant ground covers in early spring to suppress weeds and then plant your vegetables, such as tomatoes among the ground cover crop. Hobby Farms suggests planting cover crops between your crops, such as alfalfa or clover. This is known as a living mulch, since both plants grow low to the ground.

Another tool at your disposal for preventing weeds is to control the water. The majority of gardeners broadcast streams of water and some larger gardens incorporate sprinkler systems. The Cooperative Extension System advises to install a drip system. This method is superior to all other ways of watering a garden by denying weeds water. It's also a better way to conserve water. A ground-level drip system delivers consistent moisture directly to the base of the plants. 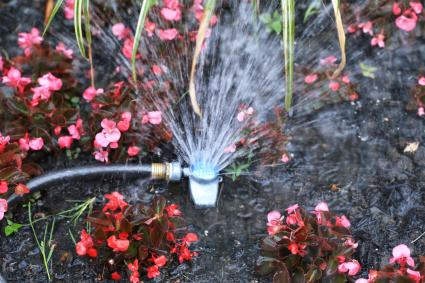 Ways to Prevent Weeds in Your Garden

You can try one or more of these methods to prevent weeds from growing in your garden. Once you've had some experience, you can decide which method(s) works best for your garden needs.

1
Comments
© 2006-2021 LoveToKnow, Corp., except where otherwise noted. All Rights Reserved.
8 Proven Methods for Preventing Weeds in Your Garden