Adding a Pear tree to your landscape is not as perplexing a proposition as you might think. The tree has a reputation for being high maintenance. However, once you understand a bit more about its features and functions, you'll realize that tending to the tree is well worth the investment, especially when you get to enjoy the fruits of your labor.

Pear trees are not incredibly hard to identify. They sport a pyramidal shape in their early years but round out as they age. Most Pear tree types grow to about 40 feet tall with a canopy of about 30 feet wide.

Other noteworthy characteristics of the Pear tree include:

If you decide to plant a Pear tree on your property, keep in mind that you will not be able to harvest fruit for at least two growing seasons.

The Pear tree is part of the Pyrus genus which features more than 800 species, many of which have similar traits. With the overwhelming number of Pear tree specimens growing around the world, it may be intimidating to select a specific type to grow. Fortunately, arboriculturists have made it easier by revealing that there are really just two main types of pears: European and Asian.

The Asian pear is often referred to as an Apple Pear tree because its fruit is crisp like an apple. Meanwhile, the European variety bears a softer, juicer pear. Also, while Asian Pear varieties are ready to eat as soon as they are picked from the tree, the European pear is better when it has time to mature off the tree. 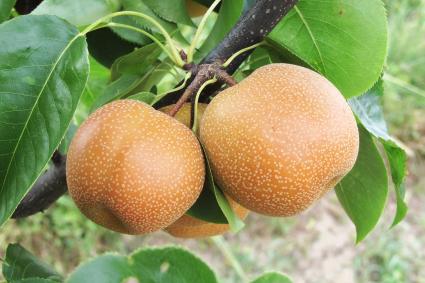 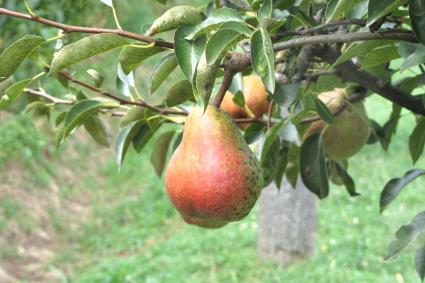 If you plan to plant more than one Pear tree on your property, be sure to leave about 25 feet between each specimen to accommodate the wide leaf canopy and root system.

The Many Looks of the Pear Tree

Where the Pear Grows

While the Pear tree can grow in just about any region that experiences temperate conditions, the bulk of the species is cultivated in:

Pear trees need full sunlight and moist, well-drained soil to thrive. In the United States, Pear trees grow exceptionally well in Oregon and Washington where they have access to a preferable combination of clean mountain water, warm days and cool nights.

Pears are an excellent source of Vitamin C and dietary fiber. What's more, they taste good and shine in a variety of recipes, including:

In addition, the Pear tree yields high-quality wood which is used to make:

Some Europeans used to smoke Pear leaves in the years before tobacco was introduced. 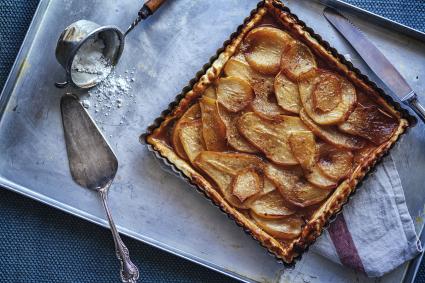 The Pear tree may not be as easily recognized as the apple tree, but it still yields a wealth of interesting facts, such as:

Pear wood does not warp or splinter even when it comes into contact with water.