Known for its highly versatile berries, the Elder tree has legions of fans the world over. In addition to being prized among herbalists and chefs, who are endeared to the tree's fruit, the Elder is also popular among landscapers. The tree's shrub-like shape makes it easy to prune and cultivate. What's more, the pretty blossoms and gorgeous green leaves bring beauty and elegance to yards and parks.

The Elder tree can grow up to 30 feet tall though most types average a manageable height of 15 feet.

While the tree is by no means gigantic, it does possess a number of unique characteristics, including: 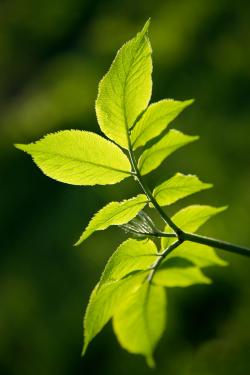 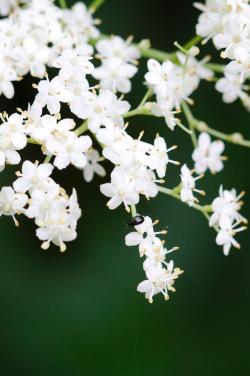 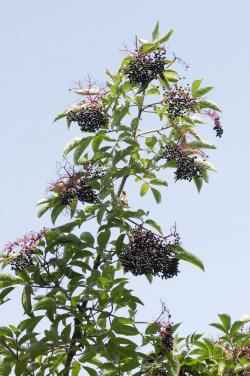 Elder trees also have distinctive looking bark. While it starts off brown and smooth, as the tree ages, the bark becomes dark brown, rough and furrowed.

There are several dozen species of Elder trees, which grow around the world; however, some are better received than others. Among the most popular types of Elder trees are: 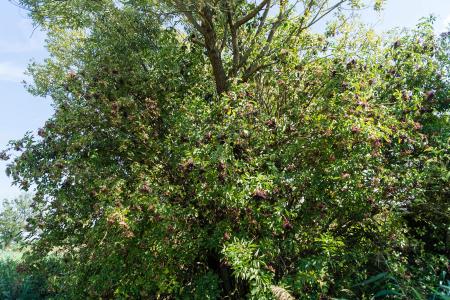 The Many Looks of the Elder Tree

Where the Elder Grows

Elder trees exist throughout the world including:

The tree thrives when it is cultivated in moist, well-fertilized soil and in full sunlight. In addition, Elders need the pH of the soil in which they are planted to be neutral or moderately acidic. More importantly, though, the tree needs access to plenty of water. The Elder tends to grow in places where it gets watered regularly, such as sides of mountains or valleys where rain pools. 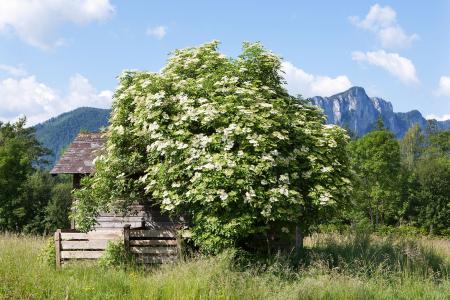 By far the most popular use for Elder flowers are also used externally to treat:

In the culinary world, ripe elderberries and flower extracts are used to create:

The dark berries can only be consumed when they are ripe and cooked. Raw, unripe berries are toxic and should be avoided. 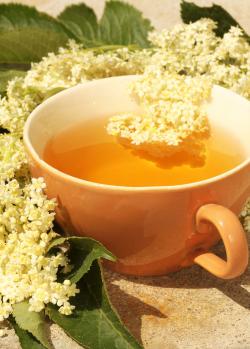 Fans of Harry Potter may remember a reference to the tree in the popular series of books. The most powerful wand in the land was made of Elder tree wood and featured a core of Thestral tail hair. It is also known as the "Deathstick" and the "Wand of Destiny."

Long before the birth of Harry Potter, the Elder tree was used by other cultures for a variety of purposes, such as: 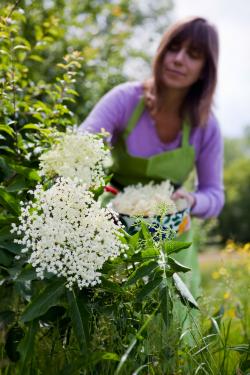 Elder trees are inherently weak. Their wood is apt to split and is not used to create large scale items. Consequently, the tree is susceptible to a number of diseases, including:

In the summer, Elder trees are also preyed upon by Box Elder bugs which feed on the leaves and flowers.

Elder trees need a lot of water in order to thrive. If you live in a temperate environment which gets a good dousing of rain on a regular basis, then you might consider adding an Elder tree to your property. By having nature water your tree, you will have little maintenance to complete in the cultivation of the tree.

Other ways to keep your Elder healthy include: 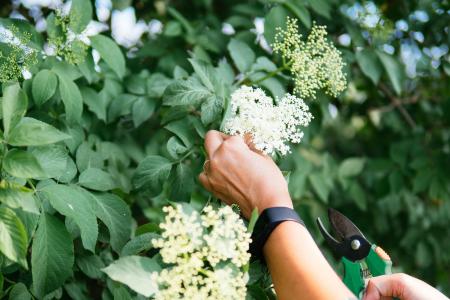 The elder tree is very versatile for landscaping as well as providing flowers and berries for culinary uses. Elderberry wine, flower extracts and flower essences are long-time remedies in folk art and homeopathy medicines.