The Box tree has almost as many uses as it does names. Also known as Boxwood or by its genus name, Buxus, the small evergreen is shrub-like and makes for an attractive border, hedge or screen around a lawn or garden. In addition, the Box tree is also grown as bonsai thanks to its short stature and its easily pruned foliage.

The slow-growing specimen matures to different heights depending on type. While some Box trees top out at just two feet tall, other types can grow as tall as 15 feet with a spread that is equal to or slightly larger than its height.

Other noteworthy characteristics of the Box tree include: 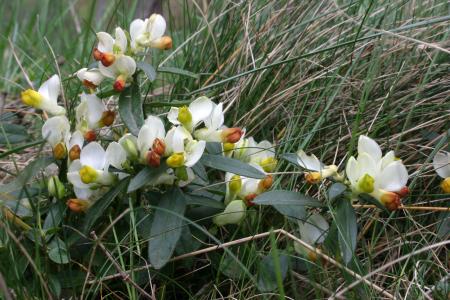 Box trees are classified as ornamental species and are commonly found embellishing formal and topiary gardens. 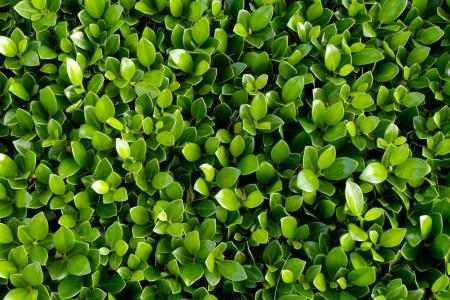 The genus Buxus features about 70 different types of Boxwood trees with the most popular being the Japanese Box and the Common Box. Both species have very similar appearances, though the Japanese variety grows slower and is not as bushy as the Common Box.

Other Box tree types that are popular among growers include: 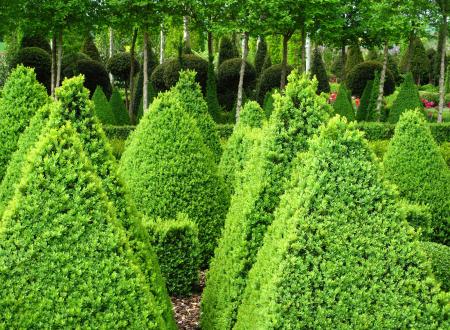 The Many Looks of the Box Tree

Where the Box Grows

Box trees are hearty specimens that grow around the world, including:

The trees prefer moist, well-drained soil and partial sunlight. Most varieties of the trees prosper in cooler climates, though some types can tolerate warmer conditions. Overall, the Box tree is quite adaptable and can survive drought conditions, provided it spends most of the day in a shady area. 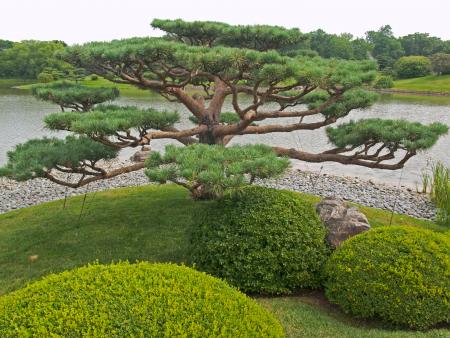 Box trees may not be tall, but they are certainly useful. In fact, the tree's wood is treasured around the world for its remarkable strength and durability. The fine grain hardwood is a top pick for carving as it resists splitting and chipping.

The wood is also used to create:

In addition to crafting high-end string instruments with Box wood, some artisans take scrap pieces of the timber and transform them into chin rests and turning pegs on violins. 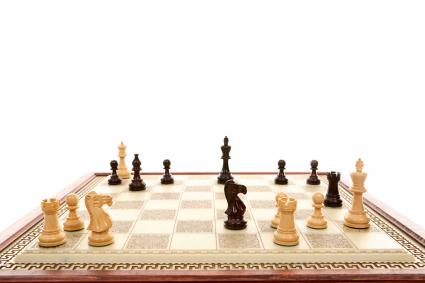 The uses for Box tree wood are virtually endless, but what many people don't realize is that the timber's durability has its pitfalls. One of the downfalls of working with Box tree wood is that it is so heavy that it sinks in water instead of floating.

Other interesting facts about the Box tree include:

Another fact to consider before adding the Box tree to your property is that parts of the specimen are poisonous. If you have small children or pets that play outside, you will want to erect a fence around your Box tree so no part of it is consumed by curious kids or animals. 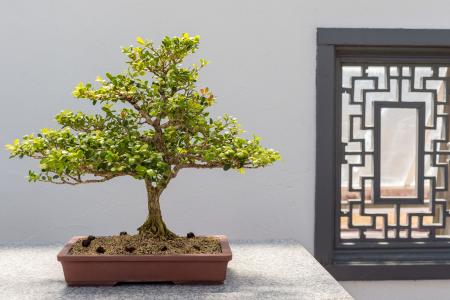 The Box tree's wood is among the strongest in the world. However, the specimen is far from indestructible. In fact, the Box tree is susceptible to a couple of major diseases that can compromise its health and overall appearance, including:

In addition, the same fungus that causes stem blight can lead to wilt and cankers in some types of Box trees. Symptoms include premature leaf drop and the appearance of dark brown to black oozing spores.

Many homeowners plant Box trees as privacy hedges in traditional and contemporary gardens. While the shrubby specimen makes for an excellent border, if you don't care for it properly, you will be left with a tangled mess.

To get the most out of your Box tree investment, consider the following: 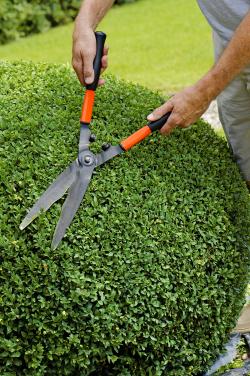 There are many ways you can use this slow-growing plant for a landscaping statement. You can make a hedge, formal garden and even a bonsai plant from this amazing plant.