The Bay Laurel tree, also known as the Bay Leaf tree, true Laurel, and Grecian Laurel, is part of the genus Laurus. The small evergreen is a hardy specimen which features a multitude of uses. In addition to being an attractive specimen, the tree's fragrant leaves are coveted by cooks who use them as an herb in a variety of recipes. Landscapers also treasure the tree for its manageable size and low maintenance.

Bay Laurels are easy to spot thanks to their pyramidal shape. While the tree is capable of growing to 60 feet, it is typically pruned to form a much smaller hedge or topiary.

Among the tree's most distinguishing characteristics are:

Bay Laurel trees are among the oldest specimens in the world. Despite its age, the tree remains as popular as ever, showing up in formal and royal gardens on all four corners of the planet. 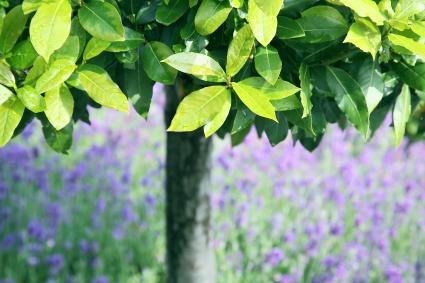 Bay Laurel trees are part of the genus Laurus. Its botanical name is Laurus nobilis. It joins two other evergreen specimens in the same genus:

The slow-growing species needs consistent pruning if it is to be kept to a manageable height.

The Many Looks of the Bay Laurel Tree

Where the Bay Laurel Grows

The Bay Laurel tree is native to the southern Mediterranean region; however, it is also grown commercially for its leaves in:

While the Bay Laurel can survive warm weather, it needs adequate water to prosper. The tree thrives when it is frequently watered in well-drained soil and exposed to full sunlight. It does not grow well in regions that experience cold winters or high winds. Most people plant Bay Laurel trees in herb gardens, though others use the tree as a privacy screen by cultivating a series of specimens in a single row.

Hands down the most popular feature of the Bay Laurel is its spicy, fragrant leaves. Known as the Bay Leaf, the extensively used culinary seasoning is often added to:

The leaves are also an essential ingredient in what the French call a "Bouquet Garni," which is basically an herb bundle that also includes other herbs such as parsley and thyme. Bay leaves can be used fresh or dried, though they should be removed from recipes before serving and should never be eaten raw as the sharp edges can cut a person's mouth or throat. 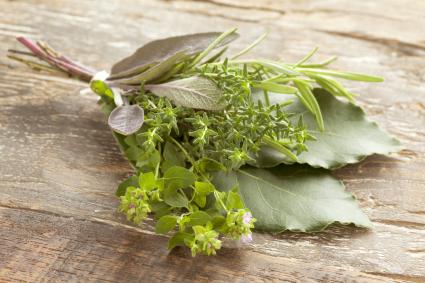 The tree's berries are also used for a variety of medicinal purposes. In most cases, the oil from the berries is extracted and consumed to relieve stomach ailments, including flatulence. Pressed oil from the Bay Laurel's berries is also used in perfumes, candles and soap.

The Bay Laurel tree is deeply rooted in Greek and Roman mythology. This association is clearly seen in the story in which the nymph, Daphne, is transformed into a Laurel tree by her father, Peneus, so that she could avoid the advances of Apollo. To show his undying love for Daphne, Apollo donned a wreath of Laurel on his head for all of eternity. To this day, the Laurel has symbolized success and status. 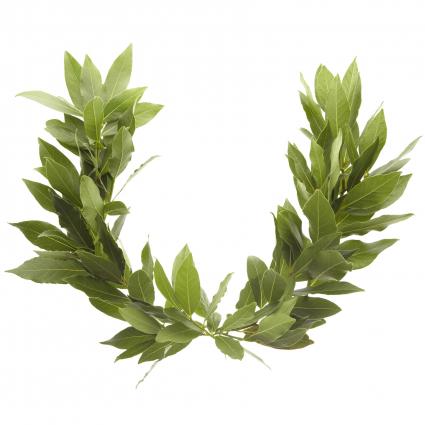 Other interesting facts about the Bay Laurel tree include:

Due to its hardy nature, the Bay Laurel is fairly disease-resistant, though it is not entirely out of the woods in terms of skirting infection. The tree is susceptible to the following:

In addition to these diseases, insects also prey on the Bay Laurel. Sapsuckers are especially fond of the tree and cause leaves to discolor and fall prematurely.

Adding a Bay Laurel tree to a landscape is not as challenging as many people might think. By following these simple tips, you can get the versatile tree to grow and prosper in your own backyard:

Finally, it is necessary to prune the Bay Laurel tree in the spring in order to maintain its shape and size. Trimming is also a good idea to allow sunlight to reach the center of the tree.

Historically the bay laurel tree is a valuable plant that has medicinal, ceremonial, health and even magical uses. The most common modern use is using bay leaves in cooking recipes.