It's important to know how to prune lilacs to ensure healthy plants. The wrong pruning can mean fewer lilac blooms while proper pruning can help your lilac plants to have more blooms.

The best time to prune lilacs is immediately after the blooms are spent. For many plants, the spring is when the blooms appear. However, some lilacs bloom in the spring, mid-summer and fall. When you prune is dependent on when your lilac bushes bloom.

How to Prune Lilacs

The way you prune lilacs depends on the type of plant you want. For example, some gardeners plant lilacs for a hedge while others prefer the standard 10 cane plant with blooms that are about five to 10 feet from the ground.

A lilac hedge often isn't created for its flowering beauty. A lilac hedge can be pruned for a formal-looking hedge. This means the top of the bushes is cut. This kind of pruning reduces the bushes' ability to produce blooms since next year's buds are usually pruned.

How to Prune Flowering Lilac Hedges

Many gardeners prefer a flowering lilac hedge. To achieve this, most gardeners simply allow the lilacs to grow with little pruning. A few tips for pruning a lilac hedge can help you maintain its natural growth for an informal hedge.

Sometimes older hedges cease to produce many blooms. You can give an old head a new life by pruning it back. Cut the hedge and leave about 18" of growth above ground. Your hedge will be revitalized, although it won't produce blooms next years. You'll reap the rewards the second year with prolific bloom production.

How to Prune Lilac Bushes

If you have a lilac bushes in your garden, you need to prune them to ensure lush and profuse blooms each year. A few simple steps for pruning lilac bushes makes the process easy and fast.

Step One: Pruning and Shaping a Lilac Bush

A non-hedge lilac bush can be pruned to have a beautiful shape with lots of beautiful aromatic blooms. There are a few steps you need to follow to ensure you don't over prune and reduce the number of blooms you'll have next year. 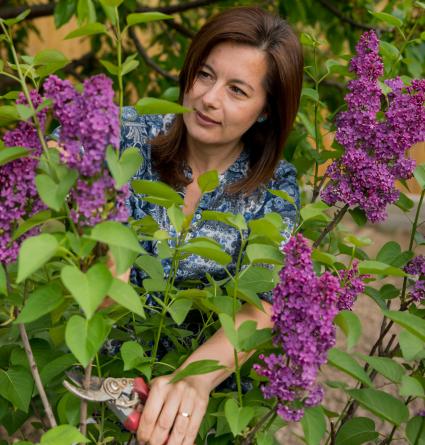 Suckers are the vertical single stems that emerge from the ground several feet from the lilac bush. If you don't wish to dig them up and replant elsewhere in your garden for new lilac bushes, you can simply cut them off even with the ground. Suckers often pop up underneath the bush or close to the trunk. You can leave these for new stems for your lilac bush.

Step Three: How to Avoid Leggy Tall Lilacs by Pruning

If your lilacs are leggy and tall, they either don't receive enough sunlight or have been neglected, with little to no pruning. A leggy lilac doesn't produce many blooms. When you prune a lilac bush, it forces the plant energy to focus on producing blooms instead of growing taller stems.

If your plant is old and has been neglected, it may be time to start over by pruning it. You will need to perform this pruning some time between late winter and early spring, before your plant rejuvenates with new leaves and certainly before it produces buds. This early pruning means your lilac bush won't produce any blooms until the following year. This pruning will kick start your lilac to producing a bush full of blooms.

You will prune your lilac bushes either to the ground or just a few inches above the ground. Which pruning level you choose depends on whether the lilac is grafted or non-grafted. 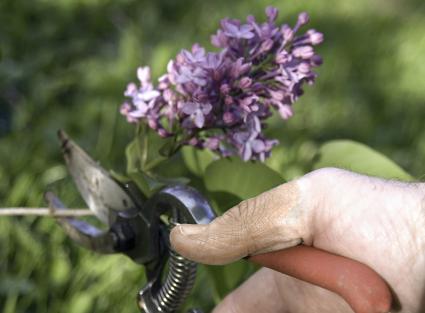 The telltale sign of a grafted lilac bush is the stems. The stems on a grafted bush will have the thickest part near or at the base of the bush. Once you've identified your lilac bush is grafted, you need to make your pruning cuts safely above the graft points.

For non-grafted lilac bushes, you will cut the stems all the way to the ground. You can safely dispose of the cut stems and enjoy a new and healthy lilac bush next spring.

If the spot where the lilac bush grows doesn't receive at least six hours of direct sunlight, you need to remedy the situation or reconcile to a poorly performing lilac plant that will grow leggier as time goes on. There are two options available. One is to move the plant, and the other is to remove the canopy blocking out the sunlight.

The best way to move your lilac plant is to cut it back after it finishes blooming for the season. You need to hard prune, cut the plant so only about 6" to 12" of stem height remains above the ground (be careful not to cut past graft points). You need to dig up the lilac bush, preserving as much of the root ball as possible and move it to a sunnier area in your garden. 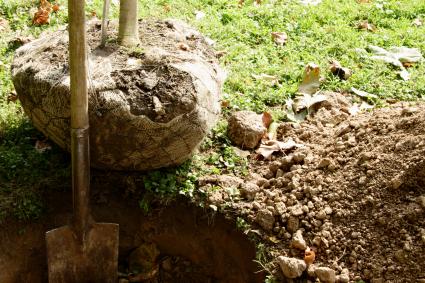 If moving the lilac isn't an option, you can open up the canopy above it to allow more sunlight to reach your plant. You will selectively cut away the limbs blotting out the light. Always take precautions when removing tree limbs and if prudent, call upon a tree service.

How to Prune Reblooming Lilacs

A reblooming lilac has two blooming periods. The normal spring bloom is followed by a resting period. The bush will resume blooming in mid-summer. Some varieties will continue to bloom right up to the first fall frost, while other cease blooming during early fall. You don't need to prune the spring blooms for the lilac bush to resume blooming. However, many gardeners prefer to keep up with their pruning by taking advantage of this pruning opportunity. You will need to prune immediately after the spring blooms are spent. Deadhead the fall blooms, but don't prune or you'll cut away next year's blooms.

Knowing How and When to Prune Lilacs

It's important that you know how to prune lilacs, so you don't destroy the following year's blooms. Once you start to prune your lilac bushes, be sure you continue to maintain each year for a healthy full blooming plant.

1
Comments
© 2006-2020 LoveToKnow, Corp., except where otherwise noted. All Rights Reserved.
How to Prune Lilacs