Properly spacing your landscape plants is one of the secrets to a garden that is both stunning and functional. While plant labels sometimes provide a recommended spacing, the optimal spacing can vary based on the context of the planting and the goals of your design.

The general rule of thumb is to space plants according to their expected width at maturity. For example, a tree that is expected to grow 40 feet wide would be planted 40 feet from the next tree of the same variety. If a 40-foot wide tree was planted next to one expected to reach 60 feet in width, the proper spacing according to this logic would be 50 feet -- 20 feet for the radius of the smaller tree plus 30 feet for the radius of the larger one.

While this is a helpful general rule, there are many landscaping situations where it makes sense to break the rule. Sometimes there are reasons for spacing plants closer so they grow together and other times you'll want to spread things out to create the desired effect. 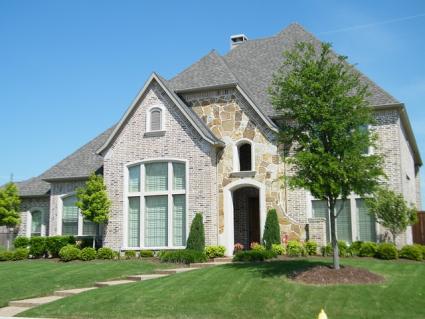 When a tree is used as focal point in the landscape, the goal is for it to stand out, meaning you want lots of space between it and the next tree of a similar size. For a true focal point, space trees at least five times their mature width from each other.

If your goal is to create a forested glade for a shade garden, cut the spacing in half, or as little as one-quarter of the standard rule of thumb, so they will quickly grow together into a continuous canopy. This works best with trees that grow taller than they grow wide though the close spacing will force any tree to adopt a more upright growth habit. 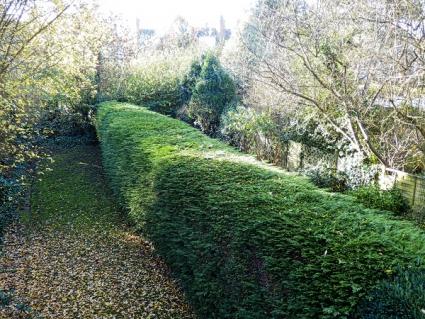 Shrubs are occasionally used as focal points -- especially large, vase-shaped specimens, in which case you can follow the recommendation for tree focal points. However, shrubs are most often used in hedges, which is one situation where you always want to space them closer together than their mature width. Shrubs generally don't mind growing in close proximity and the goal of a hedge is to appear as one continual mass of plants, not individual specimens, so you want to plant them close enough where they will quickly fill in to form a screen. A good rule of thumb for a hedge is to space the shrubs at one-half their mature width. 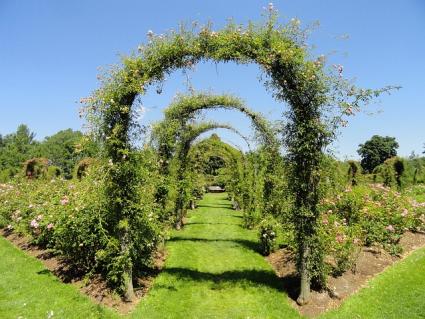 The width of vines depends more on the width of the structure they are climbing on than on the species, so the same logic used for trees and shrubs does not necessarily apply. They are generally happy to grow in close together and are often used to provide screening, so it's fine to space them tightly so they grow quickly into a vegetative barrier. 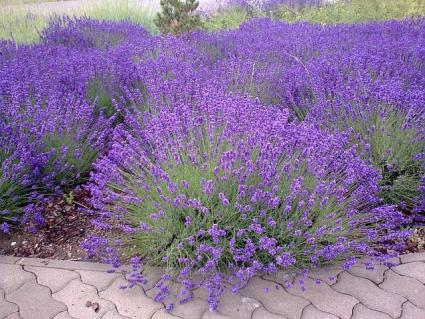 There are a couple approaches to spacing perennials. To create a mass or swath of perennials, space them at about 75 percent of their expected width so they grow together and lose individual definition. For a mixed perennial border, you may want to alternate small masses of some species with individual specimens of others that are widely and sporadically spaced throughout the garden. Low, wide species are best for massing. while upright specimens are best for planting singly. 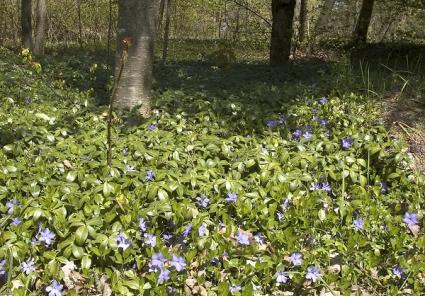 Groundcovers are spaced very tightly to cover the soil quickly. Most groundcovers are plants that spread more or less continuously, so the notion of spacing them according to width doesn't apply. However, groundcover plants are generally labeled for the appropriate spacing at the nursery, so it's best to follow the plant-specific recommendations. 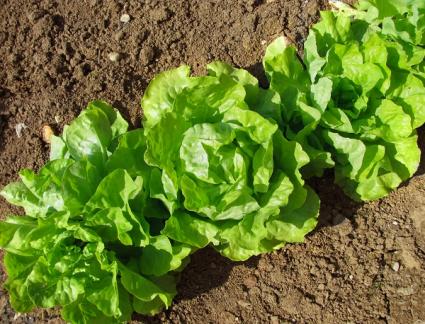 Annual plants follow the same rule of spacing as perennials though there are additional things to bear in mind if you're growing them from seed. Seed packets should always indicate how far apart to sow the seed as well as how far apart the mature plants should be.

Often, not all the seeds germinate, so spacing them closer than necessary is insurance for those that never come up. You will then thin the seedlings to the specified spacing. For leafy vegetables, you can sow the seed up to four or five times as dense as the spacing for the mature plant and plan to harvest the extra seedlings as baby greens.

All the recommendations above pertain to horizontal spacing, but when you're laying out a plant scheme with multiple layers of vegetation - trees, shrubs, groundcovers, etc. - it's also important to consider vertical spacing to ensure the overall composition looks balanced and to prevent plants from crowding each other.

The goal is for each layer of the planting to be distinct, which can usually be accomplished by following a rule of thirds. For example, if you have large trees on your property, you can consider planting small, understory trees beneath them if their mature height is no more than one-third of the larger tree. The same goes for planting large shrubs under mid-size trees, and even for planting small shrubs adjacent to large shrubs and groundcovers around perennials.

For example, a single 90-foot tree could have one or more 30-foot trees in its understory with 10-foot shrubs beneath that, 3-foot shrubs below that and a 1-foot groundcover. 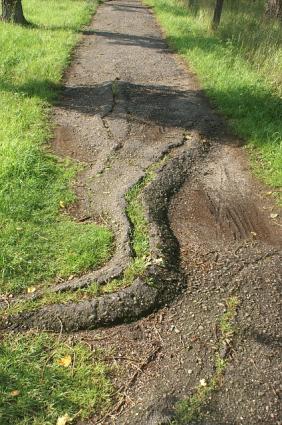 There is a lot of room for flexibility in the rules around plant spacing. Some situations may call for greater or lesser spacing to achieve a particular affect or to avoid an undesirable outcome.

When laying out a planting, there are many other things that come into play regarding spacing. 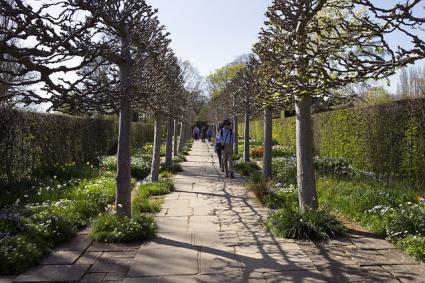 Trees pruned to fit the space

The old gardening adage of the "right plant in the right place" applies to sun, shade, slope, soil, and other environmental conditions, but it also applies to spacing. By placing plants in the proper proximity to each other, the overall composition is more pleasing and the garden functions better as a whole.