Succulents are the quintessential drought tolerant plant, and they're very well suited to Australian garden conditions. Their thick, fleshy leaves store water for plants to use when rain showers are few and far between. And many produce bright flowers. They prefer well-drained soil and generally prefer full sun (though some species tolerate shade). Just don't plant any cacti from the Opuntioideae subfamily, as they're weeds here. To help you plant a beautiful drought tolerant garden with succulents, here's a great guide to landscaping with succulents.

Stachys byzantina, or Lamb's ears, is an excellent choice for a drought tolerant sensory garden as the soft, almost fluffy leaves are wonderful to touch. It's also a great choice for a child's garden. Lamb's ears are frost-hardy and will tolerate even the poorest soil provided it's not too wet.

A bay tree is a good choice if you're looking for an edible drought tolerant plant for a sunny spot. The large, dark green, glossy leaves look beautiful on the large shrub and they smell even better. And you can add them to many casserole recipes for a super tasty dinner. As with many drought tolerant species, bay trees dislike wet soil. They also need protection from heavy frosts. 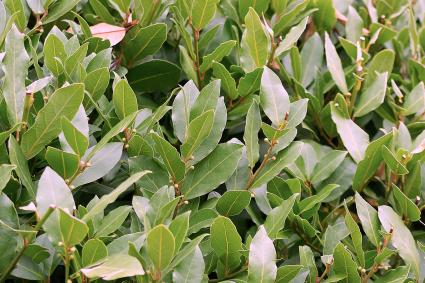 For areas that don't get much sun, here are the best drought tolerant Australian natives.

Mat rush, or Lomandra longifolia, is an excellent choice if you're looking for a drought tolerant species for a partially shady spot. This grassy plant produces glossy, green leaves up to 1m long and about 2cm wide. The white flowers attract pollinating beetles. Unlike many drought tolerant species, Lomandra longifolia will grow in anything from sandy soil through to swamps.

Native violet, or Viola banksii, is an Australian native, evergreen, spreading perennial plant that makes the perfect groundcover for a dry, shady patch, even if it gets frosty. It'll even grow well in Canberra and cold alpine areas. The flowers are edible and are usually purple and white, though pure white and baby blue variants are available. Native violets prefer soil that drains freely.

Mountain banksia, or Banksia canei, produces the unique banksia flowers in shades of pinkish-purple and yellow. It's a very hardy, drought tolerant species that grows well in shady spots in cooler areas of Australia and is frost-hardy down to -8 °C. It needs soil with good drainage.

French and English lavender are hardy flowering plants that are perfect if you're looking for a drought tolerant, scented plant. The grey-green foliage perfectly complements the edible, usually purple flowers. (Varieties with light pink or white flowers are also available.) These perennials grow best in full sun in areas with well-drained soil and lower humidity. If you live in a humid area, Spanish lavender may be a better choice. 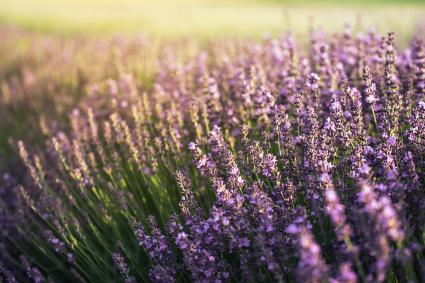 All callistemon species are hardy flowering shrubs that produce distinctive bottlebrush flowers in a variety of colours. Being Australian natives, they're a fantastic choice when you're looking for drought tolerant flowering plants. Most species are frost tolerant to some degree and will grow in pretty much any soil as long as it's not too alkaline.

All Correa species are drought tolerant flowering plants. Correas come in all shapes and sizes from ground cover to large shrub, so there's bound to be one that will suit your needs. Most correa species flower some time between May and November and will cope with any kind of soil and any amount of sun. However, they prefer sandy soil with good drainage and dappled morning sun.

The grevillea is yet another Australian native flowering plant that does well in low-water conditions. The distinctive flowers come in a range of colours from brilliant red through to cream. And like correas, grevilleas come in the full spectrum of sizes from species that are suitable as ground covers to trees that grow to 15 m. All grevilleas prefer full sun, though they'll tolerate some shade at the expense of vigour and flowers, and they need well-drained soil. 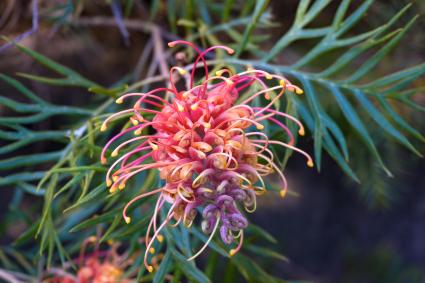 How to Spot Other Drought Tolerant Plants

Here are some tips for determining whether plants at your local nursery are drought hardy:

Just because these plants are drought tolerant, doesn't mean you can plant them in the middle of a desert and expect them to thrive. Here's how you can grow the most beautiful and lowest maintenance garden with drought tolerant plants:

Make Sure It's Not an Invasive Species

And finally, if you've found another hardy plant that you'd love to grow, double check that it's not an invasive species in Australia or your state.