Permaculture is a design method and an approach to Earth stewardship that sees people as integral components of the ecosystems in which they live. It applies ecological principles to all aspects of human settlements and society - from architecture to agriculture to economic systems - in an effort to create systems that function like natural ecosystems, providing for their own resource needs and recycling all waste back into the system. 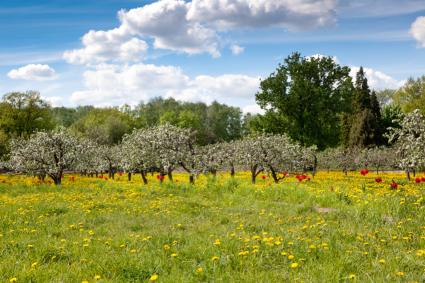 Permaculture is a blend of the words permanent and agriculture, which was coined by two Australian academics in the 1970s as a name for their approach to sustainable agriculture. The idea was to devise strategies that allowed human needs to be met - food, water, energy, shelter, etc. - in a permanently sustainable way, i.e. without undermining the ability of future generations to do the same.

Permaculture has been applied at many scales and in many different contexts, yet its most widespread use is as an approach to gardening and small scale food production. 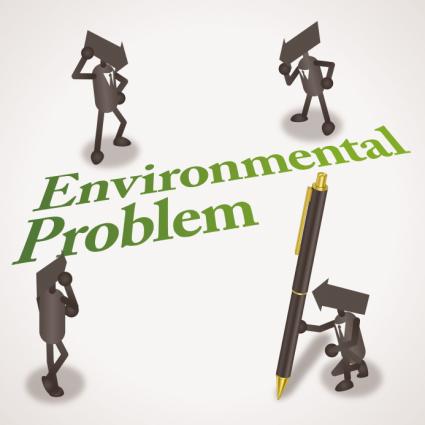 In designing anything from a factory to a backyard, there are a handful of essential design principles that help guide the Permaculture approach to ecological design.

Every function should be supported by multiple elements - this is the principle of redundancy. Permaculturists seek to mimic some more complex ecological relationships to create self-sustaining ecosystems that provide for human needs.

For example, a gardener that relies on fertilizer for the function of supplying nutrients, while neglecting to enrich the soil with organic matter, utilize cover crops or plant species that are adapted to the type of soil they have, is creating an artificial system dependent on external inputs, the antithesis of a natural system. In nature, the nutrients are supplied through the process of decomposition, microbial activity in the soil and the manure of animals.

Every element should provide multiple functions. For example, a chicken can provide much more than eggs: they produce manure (a valuable fertilizer), hunt insects (a form of pest control) and create bare ground as they scratch and peck (akin to weeding the garden).

The goal of Permaculture design is to put the traits of every element in the system (chicken, tree, soil, fence or anything else that exists or is introduced to the landscape) to work fulfilling some necessary function like fertilizing, pest control, weeding, irrigation, heating, cooling, and so on.

Work with nature to create mutually beneficial relationships, making all the connections between the different elements of the design and the functions so that they can provide for each other is where Permaculture gets really exciting. Creating your own self-sufficient homestead is like putting together a jigsaw puzzle of parts so they all work together.

Permaculture is all about working out the best possible spatial arrangements to create a self-sustaining ecological system. You can try different combinations on paper and think about the pros and cons of each.

Common Approaches to Try at Home

Much of what goes on under the banner of Permaculture applies to market-scale agriculture, land use planning, engineering and construction, but that doesn't meran you can't experiment in your own backyard. In fact, Bill Mollison, one of the foundersd of the Permaculture movement is famous for urging people to get their own backyard in order first before going out to try to solve the problems of the world - definitely a think globally, act locally approach! 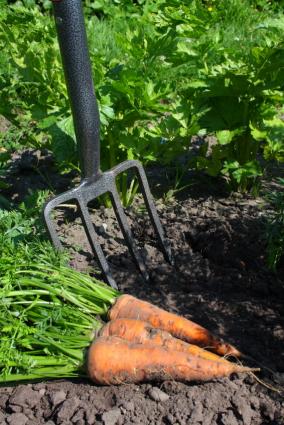 Permaculture shares with organic gardening the belief that cultivating healthy topsoil should be the primary goal of any production system. Typical composting systems are often part of Permaculture systems but sheet mulching, or sheet composting, is also used.

The sheet mulching approach involves spreading layers of organic matter over a garden area - which could be straw, wood chips, grass clippings, manure, finished compost etc. - as a method to build topsoil in place, rather than the conventional approach of using a tiller to incorporate compost and other soil amendments. Sheet mulching is also used as a form of weed control, in which case a thick layer of newspaper or cardboard is used as the first layer on top of the ground with the other layers of organic matter added on top. Within six months to a year, the layers decompose to create new topsoil, while the cardboard or newspaper smothers out the weeds and then decomposes to add even more organic matter to the soil.

Permaculture focuses heavily on perennial food plants. The idea is that perennials are inherently more sustainable as a food source than annuals, because they don't require tilling which is considered counterproductive to the long term biologically-based fertility of healthy topsoil. Plus, perennials only need to be planted once and, depending on the species, may yield for a lifetime. They generally need less water, fertilizer and care to produce than annuals.

Fruit and nut trees, edible vines and berry bushes are the perennial food plants that gardeners are most familiar with. However, most culinary herbs are perennial along with a few common vegetables, like asparagus, artichokes and rhubarb. Permaculture enthusiasts often cultivate less common perennial vegetables as well, such as tree collards.

Nitrogen-fixing plants play a big role in Permaculture systems as they are a way to build a source of fertility into any planting. Most leguminous species have the ability to extract nitrogen from the air and make it available to other plants. Annuals legumes like fava beans, which are edible themselves, can be used in vegetable gardens, while shade-tolerant nitrogen-fixing shrubs can be incorporated into hedgerows around orchard and berry plantings, such as eleagnus, which also produces an edible berry. Ordinary white clover is a mat-forming perennial in the legume family that can add nitrogen to any planting when used as a groundcover.

In permaculture systems, animals are important for the many functions they provide - not just food products but nutrient cycling and vegetation management. 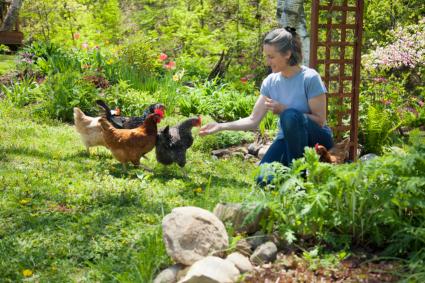 Chickens are a popular animal in Permaculture systems because of their multi-functional nature, described above. One option is to house them in a chicken tractor, which is essentially a mobile coop that allows the chickens to remove insects and weeds while depositing manure in any location desired, while containing them so they don't damage plants or escape while protecting them from predators. Chicken tractors are a great strategy to get the most out of a flock of chickens in a small space.

Goats can be used to provide milk, meat, and manure and they are praised as animals that can make productive use out of very marginal land. Permaculturists try to match each animal with the most appropriate habitat and since goats are at home in dry rocky scrubland, they represent a great way to provide food that preserves high quality farm land for annual crops that require the best quality topsoil. Cows, on the other hand, need the lush pasture produced on fertile land, making them less popular as livestock in Permaculture systems.

Small scale recirculating aquaculture systems are another favorite approach to food production in Permaculture systems because they are capable of yielding a large harvest of healthy protein in a small space. Plus, the aquatic environment is very conducive to the multiple functions approach to design - potentially serving needs for food production, irrigation, wildlife habitat, cooling and beauty. 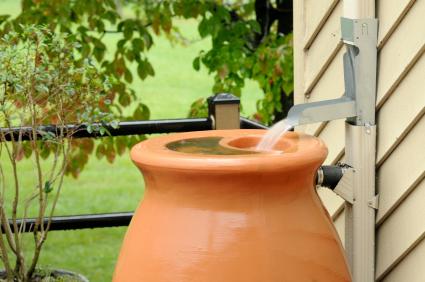 Water harvesting, storage, use and recycling are central in Permaculture design.

One of the simplest techniques that anyone can try at home is to place a rain barrel under a downspout to be filled by the water that flows off the roof when it rains. Then, during a dry period, that water is available for irrigating the garden, reducing reliance on the municipal supply.

Recycling household greywater is another opportunity for conserving water. This is the water from bathtubs, sinks, dishwashers and laundry machines that does not contain fecal matter (what goes down the toilet is called blackwater). This can be as simple as washing your dishes in a basin and carrying the dishwater outside afterwards to water your plants. There are also ways to reconfigure household drain pipes to separate greywater from blackwater and pipe it directly into a sub-surface irrigation system.

A bit of caution is advised here as local health codes do not always allow these modifications and there are real concerns about using greywater on food plants, in particular.

Beyond being an approach to organic gardening, Permaculture is a philosophy of land use and design; in may ways, it can also be considered a lifestyle. The Permaculture ethos places nature at the forefront of every decision about resource use and goes a step further to view human settlements as ecosystems and people as an intrinsic part of those ecosystems.