Good garden design is a three-dimensional affair. Though homeowners may not be conscious of it, the most appealing landscapes are those where the tree canopy, shrub layer, and ground level plantings are planned as a cohesive whole. An approach appropriate for covering large areas is to use groundcovers, which are plants that grow horizontally, rooting in the soil as they spread.

Groundcovers have both functional and aesthetic roles in the garden. 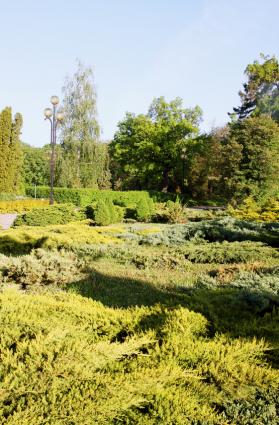 One reason it's important to cover the ground is to protect the soil during heavy rains. Unlike other plants, groundcovers put down roots throughout a large area of soil, holding it in place as torrents of water runs over it - especially important on sloped land.

The foliage also reduces the impact of torrential rains, allowing the water to percolate gently to the soil surface. Shading the ground with groundcovers keeps the soil from developing a rock hard, impermeable crust on the surface when it dries. Soil covered with vegetation is more sponge-like in contrast.

Groundcovers cover a lot of earth for the money spent. A one-gallon perennial - like coneflower, for example - might cost $8 or $10 at the nursery and cover just one square foot. On the other hand, an entire flat of groundcovers usually goes for $20 to $25 and may have enough plant material to cover 100 to 200 square feet, depending on the species.

There are environmental issues with bare soil, but it's also an eyesore to look at. Of course, you can put down mulch to cover it, but it's usually nicer to look at a lush, verdant landscape rather than brown or artificially-colored mulch. Groundcovers are like a living mulch - they don't disintegrate or wash away and never need replacing as long as the plants stay healthy.

Just like trees, shrubs and perennials, there is a groundcover out there to fit any landscaping application (from large wooded slopes to tiny rock gardens) or environmental constraint (sun, shade, cold hardiness, heat tolerance, water needs, etc.)

On the whole, groundcovers are seen as foliage plants, while perennials are known for their dramatic flower displays. There is some truth to that concept, but there are dozens of groundcovers that create dazzling carpet of color when they are in bloom. A few good options include: 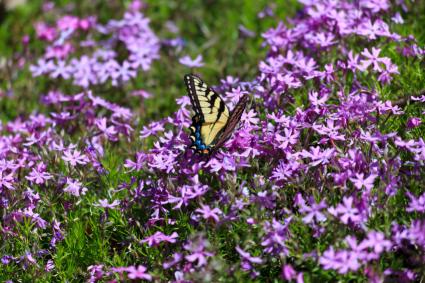 These are a great option for a desert themed or other low water gardening applications, including rock gardens. 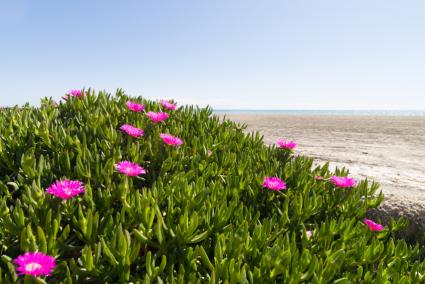 Technically, lawns can be considered a groundcover, but they lack the visual appeal of ornamental grasses, which are known for their clumps of fine foliage and decorative seed stalks. 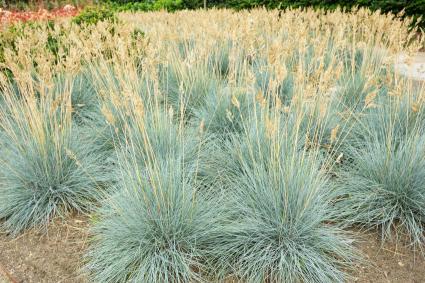 At the very least, groundcovers are useful to simply to fill empty space in the landscape and prevent weeds from colonizing the ground. But they are an important part of the designer's palette, lending unique textures and colors wherever needed.

Groundcovers are unbeatable as fillers, occupying the space between focal points in the landscape with a consistent motif. Short groundcovers are useful lawn substitutes, while tall groundcovers make a nice transition between perennial borders and taller shrubs. Or, use them like broad brushstrokes on the garden canvas, painting undulating swaths of different groundcovers in an artistic pattern across the landscape. 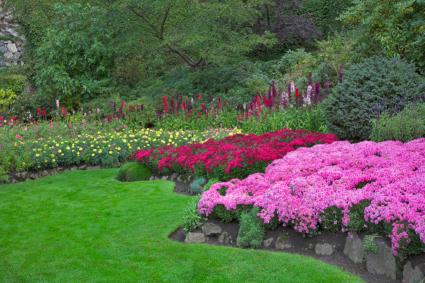 It pays to purchase groundcovers in the smallest possible containers. They will quickly grow to their full dimensions, anyway. Some are available in rectangular flats rather than pots, in which case the soil/roots will be pulled apart into small clumps for planting. Others come in tiny pots, though larger woody groundcovers, like prostrate roses, are likely to be found only in one or five gallon containers.

Groundcovers should always be planted on a diagonal grid, rather than in parallel rows, to ensure equal coverage. Check the spacing on the label and, if anything, err on the side of spacing them close together, as the goal is to create a consistent swath of foliage, rather than the appearance of individual plants.

One reason for planting groundcovers is that they are almost always very low maintenance plantings. Most groundcovers need no maintenance at all, other than irrigation to get them established and pulling any weeds that poke through the mat of foliage. 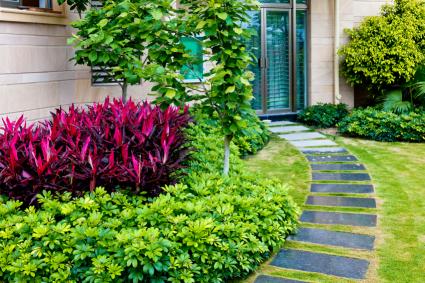 Some, like yarrow, can be mowed, which helps to keep the planting looking fresh and green - though unlike grass, it is only needed once each year, typically in the fall. Others, like ornamental grasses, should be cut back with garden shears at the end of the growing season to keep them looking neat and tidy.

Groundcovers are easy on the eye compared to the diverse, boisterous nature of perennial plantings; they are complementary approaches, each with its place in the overall landscape design. Groundcovers are also easy on the wallet and free up time for focusing on other areas of the garden. Use them to cover the largest areas of the landscape as to create a living backdrop for the trees, annual beds, and perennial borders that punctuate a well-planned garden design.