The germination process through the flowering reproductive stage of the bean plant is a fascinating glimpse into the plant kingdom's cycles. Understanding the life cycle can help you become a better gardener.

Life Cycles and Stages of the Bean Plant

There are four stages in the life of a bean plant: 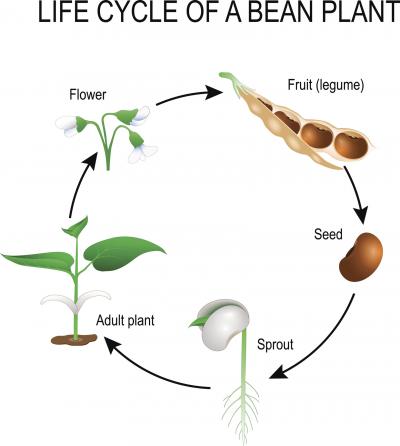 Beans produce a variety of seeds, each concealed inside a pod. As the pod matures on the plants, it dries and splits open in the sun. The seeds will eventually fall out of the hard, dry, pod to the earth - or gardeners can remove them for storage or planting later.

Bean seeds are actually comprised of two halves called cotyledons. Each cotyledon contains a food source for the emerging plant. New bean plants can actually live off of the stored food in the cotyledon for several days, if necessary, until they can reach nutrients in the soil. 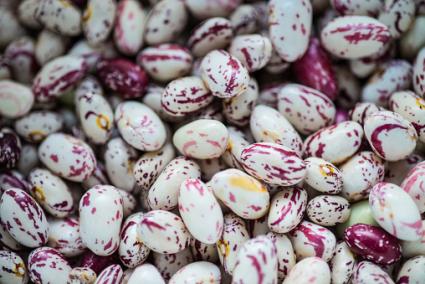 Germination refers to the seed as it begins to sprout. Bean seeds germinate, or sprout, when water dissolves or cracks open the hard casing around the seed or embryo. Warmth speeds the process along. The bean will send out a tiny (embryonic) root called a radicle.

After the casing splits, the first thing to emerge from the bean seeds are the roots. Slowly, roots unfurl from the seed, reaching out for moisture and nutrients. Roots look like white threads as they grow out from the bean seed.

Like all vegetables, beans need nutrient-rich soil. When starting a vegetable garden, it is essential to amend the soil and continually replenish its nutrients. Planting bean seeds in good garden soil amended with compost helps the roots find available nutrients immediately. As the roots descend, they pull water and nutrients from the soil into the seed itself. Slowly, the seed receives what it needs to enter the next stage of its life cycle: leaf growth. 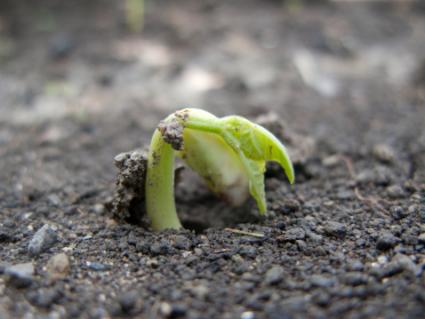 After the seed germinates and the roots grow, the bean plant begins to push out a single stem. As the stem emerges from the soil, two little leaves emerge. The first leaves to emerge from a bean plant do not look like the typical bean plant leaves. They're rounded, and help the plant grow quickly into a strong, mature plant.

Within the leaves are special cells containing chlorophyll, which transforms sunlight into usable energy for the plant. As the plant receives warmth, moisture, sunlight and carbon dioxide, it is able to transform these elements into nutrition for growth and maintenance. New leaves emerge, and soon an entire plant is formed. 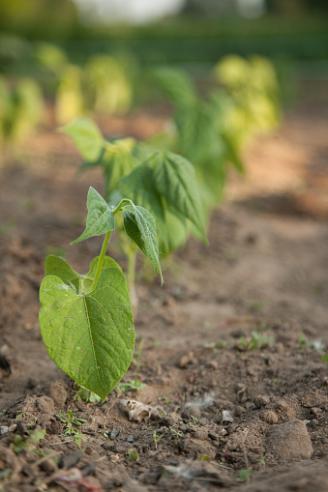 The end of the bean plant's life cycle is flowering. Flowers are the reproductive portion of the plant, and plants begin reproducing as soon as they are able to do so. The time is takes a bean plant to flower varies according to the types of bean, but generally within six to eight weeks of germination you'll begin to see flowers on the bean plant. As the flowers are pollinated or fertilized, seed pods develop.

Bean plants flower and set mature seed pods at the same time. This is common in the legume family of plants. Seed pods mature and are picked for food by people or left on the plant to mature and dry in the sun. Dry bean pods yield beans for storage or recipes, or the pods naturally split over time and drop the beans onto the ground. That returns the life cycle of the bean plant to its starting point once again, seeds, and the cycle begins anew. 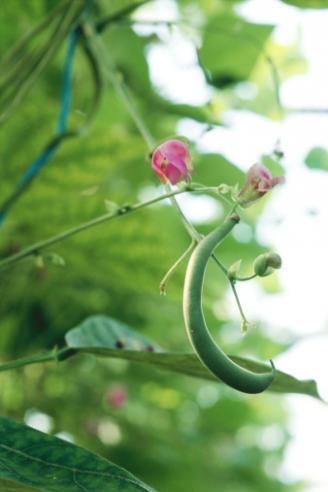 Legumes are a great addition to any garden as these plants not only produce food crops, they also fix nitrogen into the soil to improve the earth. Add a few beans to your patch and watch the magic happen above and below the soil.